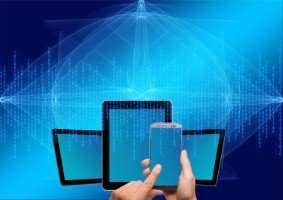 A new report reveals there are currently 33 5G ready devices on the market ahead of the technology's rollout later this year, with smartphones leading the way.

A new database of commercially-available 5G-ready devices has revealed there is strong momentum from manufacturers when it comes to supporting the technology, which should help drive takeup in the initial stages.

These include 12 smartphones, eight customer premises equipment devices (including both indoor and outdoor solutions) and four hotspots.

In addition to this, the GSA's research noted there are five manufacturers that have released or announced 5G chipsets. These are Huawei, Intel, Mediatek, Qualcomm and Samsung.

With many more gadgets set to be announced in the coming months prior to 5G's official launch in the UK, which is expected to be in the autumn, this could give buyers a wide range of choices when it comes to accessing high-speed mobile connectivity.

President of the GSA Joe Barrett said the report gives a good indicator of what the industry can expect in the early days of 5G connectivity, and said the wide range of devices already on offer is a positive sign.

"Commercial services need commercial devices, so the momentum behind 5G devices represents an important benchmark for the worldwide roll-out of live 5G services," he stated.

Comparing the situation to the move from 3G to 4G, Mr Barrett said when the last transition was made, many early 4G devices were restricted to modems and dongles. However, with 5G, it is smartphones that are leading the way.

This could therefore make it easier for many business users to get up and running with the technology and take advantage of high-speed 5G connectivity wherever they are.

The report has helped form the GSA Analyser for Mobile Broadband Devices (GAMBoD) database, which is a searchable resource that buyers can use to track what devices are available and what features they have.