5G is nearly here – but what about the phones to use it? 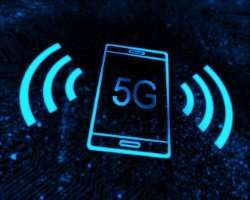 When can buyers expect the first generation of 5G-ready smartphones to hit the market?

Mobile operators in the UK are ramping up their preparations for 5G, with testing well under way and the first commercial rollouts scheduled for 2019. But while the infrastructure to support this technology appears to be coming along nicely, faster mobile networks are only half the solution.

Having access to a high-speed 5G-capable network won't be much use to consumers unless they actually have a handset that is able to tap into this. And while we've been hearing a lot recently about how 5G has the potential to transform how we connect wirelessly, there's been rather less heard about the handsets we'll actually use to do this.

Huawei and OnePlus set to lead the way

However, this is set to change over the next few months, with several hardware manufacturers expected to debut their first 5G-ready devices. Once the technology does reach commercial reality, it surely won't be too long before every smartphone is 5G-capable, but in the first wave, it seems that the likes of Huawei, OnePlus and Samsung are set to lead the charge.

Chinese firm Huawei is expected to be among the first to officially unveil its devices, perhaps helped by the fact it's also a major player on the network infrastructure side. Indeed, the firm recently announced it has signed 22 commercial contracts for 5G around the world.

It has been suggested that the company will look to introduce a foldable device that can be converted into either a smartphone or tablet-sized display in June 2019, and this is expected to come with 5G connectivity. We don't know much more about it at this stage, but it's likely to be a powerhouse, premium device.

Huawei may well be competing with OnePlus for the prestige of being the first manufacturer to release a 5G phone. Co-founder of OnePlus Carl Pei recently confirmed that his company is set to launch 5G-ready devices in 2019 and would be one of the first to do so, if not the very first. Again, specs are still a closely-held secret, but commentators have suggested it's first offering is likely to replace the current 6T as the firm's flagship device.

Will users expect to pay a premium?

Normally, it's to be expected that new technology such as 5G will make its debut on flagship, premium devices, and as it is set to arrive at around the same time as advances such as foldable screens and the next generation of Qualcomm's chipset, many manufacturers may look to create powerful flagship devices that bundle together all these new features – with prices to match.

Samsung, for example, is likely to offer its next flagship Galaxy S10 in two forms – one with 5G and one without. Given that this year's Galaxy S9 went on sale at prices exceeding £900 for high-end versions, it may well be the case that if you want to be among the first to enjoy 5G on a Samsung, you'll have to pay as much as four figures for the privilege. 5G may also show up in the firm's foldable devices to compete with Huawei.

However, other manufacturers may take a different view. OnePlus, for example, has hinted that while its first 5G phones are likely to come in above the price of its current OnePlus 6T flagship, the step up may not be too steep. Indeed, there are suggestions that its first device could start at around $100 (£78) more than the current 6T flagship model.

More details about what we can expect from the first generation of 5G phones will undoubtedly start coming out in the next few months. January's CES show in Las Vegas could well be the starting point for the first debuts, while the following month's Mobile World Congress in Barcelona is another likely occasion for big reveals.