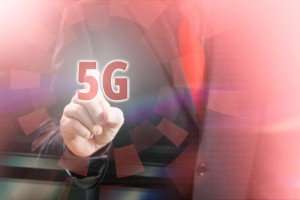 The arrival of 5G could present a viable alternative to fixed-line broadband for many homes and businesses in the next few years.

Next year's rollout of 5G could result in the wireless technology being a viable replacement for fixed-line broadband connectivity, a new study has claimed.

The research, which was commissioned by Three and carried out by Ovum, claimed that 5G could offer home broadband users speeds of between 80 and 100Mbps, compared with an average of 46Mbps that users today experience.

However, it is not just faster connections that this technology could deliver. Ovum noted that as 5G is around 50 per cent cheaper to deploy than comparable fixed-line fibre cabling, and will not require costly and time-consuming physical installations, it could also work out much cheaper than wired alternatives.

For example, the fact that 5G wireless will not require users to pay for line rental alone could result in average savings of £240 per year per connection.

While the research focused its attention on the consumer market, business users could also take advantage of many of the same benefits that 5G is stated to provide.

For instance, Ovum said that the flexibility offered by this wireless technology – with no need for physical infrastructure to be deployed – could mean users do not have to sign up for fixed long-term contracts in order to secure connectivity.

Moving to new premises would also be made much easier, as customers could simply pack up their 5G box and take it with them, rather than having to wait for engineers to set up fixed lines at a new location.

The arrival of 5G as a viable alternative to fixed-line broadband could also be particularly beneficial to firms that remain unable to secure ultrafast full fibre broadband. While 5G's speeds will still be significantly below what a fibre-to-the-premises service could offer, the technology may be much more accessible for many firms in the next few years.

Government targets aim to have the entire country connected to full fibre capabilities by 2033, but Ovum's research claimed just three per cent of premises currently take advantage of this type of connection.

Dario Talmesio, principal analyst and practice leader at Ovum, said: "With low availability of fibre and high cost of deployment, 5G Wireless becomes a viable alternative to fixed-line broadband. While the UK continues its fibre roll-out, this is a quicker and more economical way to satisfy customers’ fast-growing demand for data.