AI and cyber security top the agenda for CIOs 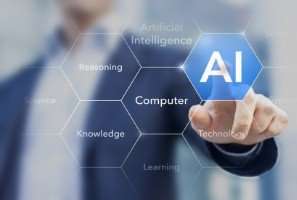 Research by Gartner has revealed that AI is the number one emerging technology for businesses, while there is also an increasing focus on cyber security.

Investing in areas such as cyber security and artificial intelligence (AI) are among the top priorities for chief information officers (CIOs) around the world, as there is increasing recognition of the potential of emerging technologies to reshape how firms do business.

This is according to a new survey by Gartner, which found AI was by far the most mentioned technology among CIOs when asked which developments they expect to be most disruptive to their organisation, pushing data and analytics into second place.

Almost four out of ten businesses (37 per cent) stated they had already deployed AI-based solutions, or were in the planning stages for such an initiative. This made it the second most-invested in technology behind cyber security, which was named by 88 per cent of respondents.

However, Andy Rowsell-Jones, vice president and distinguished analyst at Gartner, commented that while this appears on the surface to be a revolutionary leap forward for AI technology, he cautioned that the large increase in adoption for these tools may instead signal an "irrational exuberance" as firms look to get onboard with the latest innovations before figuring out what it can do for them.

"While CIOs can't afford to ignore this class of technologies, they should retain a sense of proportion. This latest batch of AI tools is yet to go through its trough of disillusionment," he said.

Meanwhile, Gartner said the strong focus on cyber security highlighted growing recognition of the importance of having a secure, stable base on which to build the new generation digital businesses. However, while the survey indicated that CIOs remain primarily responsible for this, security is no longer an issue just for the IT department.

In particular, the increased threat of social engineering attacks, such as phishing, will demand a wider level of behavioural change throughout the company, and leadership on this must come from the top.

Indeed, the survey showed in almost a quarter of top-performing business (24 per cent), it is the board of directors that bear ultimate responsibility for their organisation's cybersecurity, and not the CIO alone.