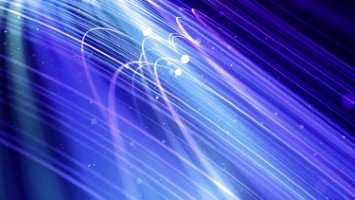 Non-Openreach infrastructure providers have increased the number of premises they reach with full fibre connectivity by 30 per cent in the last year.

Non-Openreach infrastructure providers are playing a key role in the deployment of full fibre broadband throughout the UK, a new report has found. These alternative providers are set to deliver connectivity to 3.38 million premises by the end of next year.

This is according to a study by the Independent Networks Cooperative Association (INCA), which found these firms increased their coverage of full fibre by 30 per cent in 2018, to reach 1.8 million premises.

However, as many deployments are still in the early phases, significant increases are expected to be seen in the coming years, with up to 15.96 million premises set to be covered by non-Openreach providers by 2025.

These firms range from large companies including TalkTalk, Hyperoptic and CityFibre, which all have plans to connect millions of homes and businesses to their networks in the coming years, to smaller startup and community-based groups looking to fill specific niches and bring connectivity to parts of the country that would otherwise miss out.

For example, County Broadband is looking to provide services to 30,000 premises in rural parts of East Anglia, while WightFibre is focusing its efforts on the Isle of Wight, aiming to connect 61,000 premises by the end of 2022.

Chief executive of INCA Malcolm Corbett said the figures are “very promising”, with the scale of investment – which has reached £3.36 billion of private funding – being very impressive.

He added: “This has contributed to the flourishing independent sector in the UK and the great work that is being done to connect homes, schools and businesses across the country.”

However, Mr Corbett warned a range of challenges remain for the sector that will need to be addressed if the government’s ambitious target of connecting every home and business to full fibre by 2033 is to be met.

In particular, he highlighted issues with planning and street work costs, delivery times from Openreach, access to ducts and poles, and overbuild as factors that must be considered.

“Access to a pool of labour with suitable skills in a post-Brexit era is an additional concern which needs to be addressed,” Mr Corbett continued.