Apple unveils ‘most powerful iPhones ever’, but still no 5G 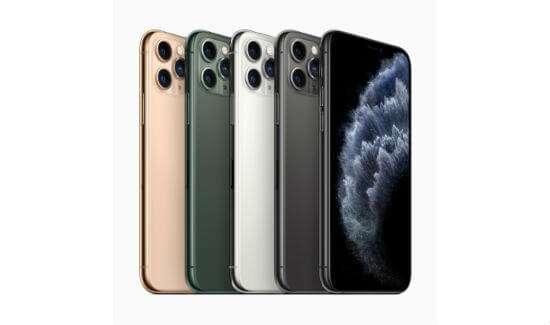 Apple has launched its next generation of iPhones, with the newest range of models featuring more cameras, faster processors and a longer battery life.

Introducing the new Pro line, Apple said the devices will deliver the highest level of performance for users who want the “very best” handset. Based around the new A13 Bionic chip, they will provide “unparalleled performance for every task, while enabling an unprecedented leap in battery life to easily get through the day”.

The Pro series also features a new Super Retina XDR display said to be the brightest ever fitted to an iPhone and an additional “ultrawide” rear camera that offers 2x optical zoom-out.

However, one feature the devices will not ship with is 5G capability. There are said to be a number of factors behind this, including the fact that Apple’s chip supplier Intel has been struggling to develop the required modem in time.

With 5G now available in the UK and flagship phones from rivals including Samsung and Huawei already offering versions with 5G, this could be a factor for many potential buyers.

Commentator Ben Wood from analyst firm CCS Insight told the BBC: “Given people’s loyalty to iPhone, if they really want 5G they’ll probably just wait. That said, don’t be surprised to see rivals, particularly Samsung, positioning 5G devices as ‘future-proof’ options. I’m sure they will be arguing that buying a premium priced 4G smartphone right now would be like buying a TV a few years ago that was not HD-Ready.”

All three new iPhones are available for preorder from 13:00 on September 13th, with deliveries starting from Friday, September 20th.