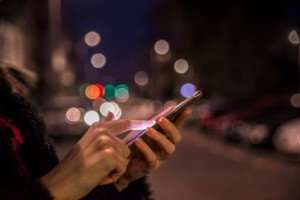 The Honor View 10 has been receiving a great deal of praise for its strong build quality and low price, placing it in competition with the OnePlus 5T.

Honor, the Huawei sub-brand, has released its View 10, a smartphone with flagship specifications but a more mid-range price. This has positioned it as competition for OnePlus, which has ruled this section of the market for years.

The new device has been attracting a great deal of attention thanks to its comparatively low price of £449 – especially when taken in relation to Apple’s £1,000 iPhone X.

Coming with the latest version of Android, Oreo, the View 10 has 128GB of storage. This means that directly compared to the OnePlus 5T, it is cheaper, as the latter’s 128GB version costs £499. The pricing of the device could see it perfectly placed for the business market.

When it comes to the features offered by the View 10, the reviews are highly positive. Pointing out the good screen, quality build and battery life, most reviewers have plenty of praise for Honor.

According to TechRadar.com, “phones like this are an excellent argument for why few, if any, of us really need to spend a huge amount on a new mobile, even if we are getting more demanding by the year”.

One of the few negative aspects of the phone, reviewer Andrew Williams said, is the lack of waterproofing, a feature that is increasingly common in today’s smartphones. In addition, the camera performance is not as strong as competitors, including the OnePlus 5T.

Mr Williams advises potential buyers that OnePlus will offer “a slightly better camera”, but that the View 10 provides more storage for the same amount of money. It is therefore a matter of priorities for consumers.

Meanwhile, AndroidPolice.com reviewer Jordan Palmer has praised the build, saying “Huawei knows how to build solid devices, and the View10 is no different. It's a phone that feels nice in the hand and looks amazing in blue”.

The fingerprint sensor is a feature that has garnered much attention, with the decision to place it on the front of the device going against the grain of most of today’s manufacturers. Mr Palmer calls it “fast and accurate”, stating that it is “on par with the OnePlus 5T”.

However, Android Central.com’s Hayato Huseman considers it too small, explaining that it “sits below the display in the form of a narrow sliver”. He says that although this could be “the perfect compromise for those that demand small bezels but don't get along with rear-mounted fingerprint sensors”, it comes at the cost of reduced accuracy.

Mr Huseman pointed to how power-efficient Huawei's Kirin 970 chipset – “the same one found in the much more expensive Huawei Mate 10 Pro” – is, adding that it “leads to impressive battery performance – plenty to last through a full day of social media, music and video streaming, phone calls, and web browsing, and likely enough to last for two days with more conservative usage”.