Beyond the hype – what does the future hold for 5G? 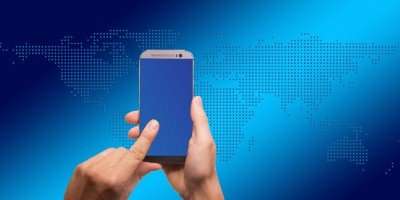 While 5G is still a much-hyped new development, several experts at this year's MWC sought to dampen expectations.

But while the technology promises significantly faster speeds and is set to open up new frontiers for tools such as the Internet of Things (IoT) and artificial intelligence (AI), is it really all it's said to be?

Naturally, 5G was one of the big themes at this year's Mobile World Congress (MWC) event in Barcelona, which took place at the end of February. But while many major tech firms were keen to show off their latest 5G innovations, there were a few at the event sounding a note of caution.

One theme was that, while 5G will finally make its commercial debut this year, it may not have the fast impact some have predicted. While some of the first generation of 5G phones were unveiled at the event – with the likes of Samsung, Huawei and LG all demonstrating their next 5G-ready flagships, the message was this is still a technology that is in its infancy.

Dan Hays, a principal consultant at PricewaterhouseCoopers, told financial publication Barron's that it will still take time for 5G to hit the mainstream, noting that it took 5G predecessor 4G three to five years to embed itself fully into mobile networks, and there are few signs that 5G will be any different.

Elsewhere, Dan Bieler, principal analyst at Forrester, wrote that while developers at the conference spoke of a 'trinity' of 5G, IoT and AI that will work together to transform what mobile devices are capable of, many attendees showed a high level of scepticism towards these claims.

"The hype created by vendors concerning 5G is in some way putting the cart before the horse: The old 'build it and they will come' approach is unlikely to work with 5G," he continued. "Too many supposed 5G use cases can either be realised with a combination of existing connectivity solutions or are financial wishful thinking."

Challenges to be overcome

This theme was also noted by VentureBeat, which said MWC 2019 was a "reality check" for the technology. It observed that other than the promise of being able to download large files such as movies in a matter of seconds, it remains unclear what unique applications the technology could offer, and this may have an impact on early adoption.

Mike Fries, chief executive of London-based Liberty Global, said that mobile revenues have been declining in Europe for a decade, with the biggest factor in this being price. He added consumers want to do more for less when they buy phones, and the high prices of the first 5G devices may mean they struggle to find a broad audience.

As one report from telecom financing firm Greensill suggested that the total cost of deploying 5G networks around the world could be as high as $2.7 trillion (£2.08 trillion) by the end of 2020, there will be huge pressure for firms to see a return on their investments, and at least in the short term, it is unclear if it will be the case.

However, despite these concerns, optimism about what 5G can achieve in the longer term was still high. In his keynote address at the conference, Cisco chief executive Chuck Robbins said we are "embarking on incredible times", adding: "As we think about this next phase that we’re getting ready to enter into, it is going to be like no other phase we’ve ever seen.”