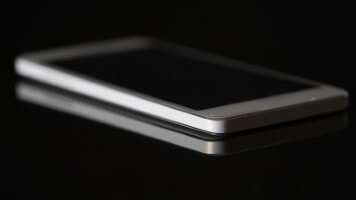 2017 has seen a great deal of innovation in smartphone design, with bezels falling out of fashion and facial recognition being embraced.

2017 was a groundbreaking year for smartphones, with some truly innovative designs and technology introduced. Apple hit the headlines with its iPhone X, the most expensive smartphone to be released, while Samsung wanted to avoid doing so after the fate of last year’s Note 7, with its flammable battery and subsequent recall.

Perhaps unsurprisingly, given that Apple and Samsung currently dominate the UK smartphone market, those two firms produced some of the best devices released this year. However, they had some real competition from other manufacturers.

So what were the most important phones of 2017?

The device that got the most attention when released this year was undoubtedly Apple’s iPhone X (pronounced ‘ten’). It became the first smartphone to cost £1,000 and took this year’s preference for a bezel-free appearance to a new level, producing a phone that was all-screen – apart from a controversial notch in the display to house the camera.

Apple has received a huge degree of praise so far for the phone, with the 5.8-inch AMOLED screen being called “stunning” by T3.com and “gorgeous” by CNET.com. It’s powered by Apple’s A11 Bionic processor and 3GB of RAM. Users can choose between 64GB and 256GB of internal storage. The facial recognition system developed by Apple is the most advanced and effective so far.

Samsung’s first flagship since the Note 7 was always destined to garner a great deal of attention, but the company has managed to mitigate much of the reputational damage that was done when last year’s device had to be recalled.

The Galaxy S8 – and the larger S8 Plus – has won a number of ‘best phone of 2017’ awards and continues to be a solid device. Powered by a 2.3GHz Samsung Exynos 8895, the phone has 64GB of storage but is expandable. It also offers iris and facial recognition, giving users a choice of unlocking methods. One of the few issues with it is that Samsung has not yet updated the operating system to Android Oreo.

Once known as the ‘flagship killer’, OnePlus made affordable smartphones with premium specs. The price may have climbed over the years, but the most expensive device it produces still costs half as much as the iPhone X.

For your money, you get either 6GB or 8GB of RAM and 64GB or 128GB of internal storage. It has a six-inch screen with an 18:9 aspect ratio and dual rear cameras, with a 16MP front-facing camera. The 5T is an update to the OnePlus 5, which was released earlier this year. The company cut the size of the bezels and improved the secondary camera, but kept the price the same.

The Huawei Mate 10 Pro may not be the most attractive smartphone on the market, but it does offer business users a huge amount of value. It runs on Huawei’s Kirin 970 processor and has either 4GB or 6GB of RAM, as well as 64GB or 128GB of internal storage. Huawei has packed the Mate 10 Pro with a six-inch 18:9 OLED display and Android 8.0 Oreo with EMUI 8. It has dual rear cameras, with an 8MP front-facing camera.

Its main selling point for business use, however, is the fact it has the capability to connect to a monitor, keyboard and mouse via its USB Type-C port for a desktop experience. The Galaxy Note 8 may be able to do this through a DeX, but the Mate 10 Pro doesn’t require a separate device to perform this function.

The first smartphone produced with squeezable sides, the HTC U11 demonstrated that innovation does not have to be focused solely on the appearance of a phone. However, its design has been largely praised. According to TechRadar.com, the “Liquid Surface design manages to offer two colours at once”.

HTC gave the U11 a 5.5-inch high-resolution LCD display and powered it with a Qualcomm Snapdragon 835 processor. In addition, it features an IP67 dust and water-resistant rating and a 12MP rear camera.