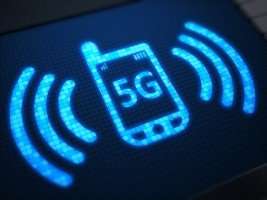 As the 5G spectrum auction gets underway, the UK's four main mobile networks are joined by a newcomer.

Ofcom has started its spectrum auction with networks vying for next generation 5G packages and improvements on existing 4G. Those that are successful will be able to rollout trial 5G plans to their customers by this time next year.

There are five parties battling against each other for the newly-released spectrum. Four of them are the main, well-established networks of O2, Three, EE and Vodafone, which are being joined by a new player, Airspan Spectrum Holdings.

This newcomer is owned by a US parent company and is said to have big plans for expanding across Europe. It began by buying up a large amount of Irish mobile spectrum in a recent auction that hinted at its future plans.

Philip Marnick, Ofcom's spectrum group director, said: "We're pressing ahead with the auction to make these airwaves available as quickly as possible. This will benefit today's mobile users by providing more capacity for mobile broadband use. It will also pave the way for 5G, allowing operators to launch the next generation of mobile technology."

5G will have a number of benefits for businesses and individuals, with the most immediate being improved data speeds on phones and tablets. The introduction of the new spectrum will also see in-demand bandwidth freed up, as more devices connect to the web through the Internet of Things.

Spectrum is a sovereign asset and the radio frequencies that are allocated to the mobile sector and other industries is overseen by the government of a regulatory authority. In this case it is Ofcom, which has 40MHz of spectrum within the 2.3GHz band to auction off, which will improve 4G services.

In addition to this, the regulator has 150MHz available in the 3.4GHz band, enabling networks to rollout 5G services. Despite the hot competition for the packages, most devices are not currently compatible with 5G, making it an investment for the future.

The result of the newly-released spectrum will be that mobile devices in the UK will see the amount available increase by nearly a third. Spectrum in these bands was previously used exclusively by the Ministry of Defence, but the government has now decided to release it.

Legal challenges have delayed the auction, which could have started months ago, as EE and Three tried to reverse Ofcom’s decision to limit each operator to 37 per cent of the spectrum. Interestingly, the two mobile networks were coming at the cap from different angles.

While EE wanted it removed altogether, Three was aiming to have it lowered to 30 per cent. When you look at the existing disparity between the overall amounts of spectrum currently owned by the operators, it is clear to see why these positions have been taken up.

At present, EE, along with BT, owns 42 per cent of the mobile spectrum that is immediately usable in the UK. In contrast, Three owns 15 per cent, with Vodafone and O2 on 29 per cent and 14 per cent, respectively.

EE’s buying power in the auction is therefore limited and it will not bid for any of the 2.3GHz band spectrum. The maximum amount of the 3.4GHz spectrum it could win is 85MHz. Meanwhile, O2 is the most in need of purchasing more.