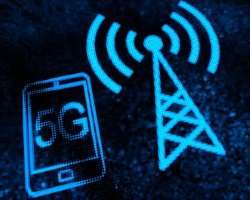 BT has been removing Huawei equipment from its core 3G and 4G networks, and will not consider the Chinese firm for key 5G services.

BT has confirmed it will no longer use Huawei technology in the core of its 5G network, and will also remove the Chinese firm's equipment from its existing 3G and 4G, as security concerns surrounding the company continue to grow.

While it will still utilise Huawei technology in peripheral parts of its infrastructure such as phone mast antennas, it marks the latest setback for Huawei, which has struggled to shake off a reputation that it is too close to the Chinese government.

Earlier this week, New Zealand became the latest country to ban local companies from using the firm's equipment in their infrastructure networks, joining the likes of the US and Australia. The firm is also under scrutiny in Canada, Germany and South Korea.

While the UK has yet to follow suit with a formal ban, there are suggesting that this is something that is under consideration. Last month, the Financial Times reported that the government had written to telecoms companies warning them to be mindful of potential security risks.

Although Huawei was not specifically mentioned in the letter, it did state that a review of their infrastructure could lead to "changes in the current rules", which firms should consider when they are making "procurement decisions".

Meanwhile, the head of MI6 Alex Younger also expressed concerns earlier this week in a  rare public speech about the involvement of Chinese telecoms countries in the UK's critical infrastructure.

Reports suggest BT has been removing Huawei equipment from its network for around two year, since shortly after it acquired EE, which has been using the firm's technology. However, Huawei had continued to publicly promote its partnership with BT until this year.

A spokesman for BT did not address any potential security issues, saying that the firm had begun to remove Huawei equipment it inherited from EE to bring it in line with the rest of the business "as part of network architecture principles in place since 2006".

He added the same principles apply to its 5G plans, saying: "As a result, Huawei has not been included in vendor selection for our 5G core. Huawei remains an important equipment provider outside the core network, and a valued innovation partner."