Business and 5G – do firms fully understand the benefits? 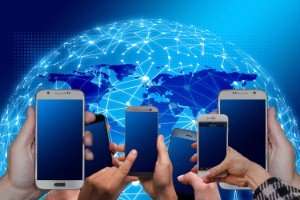 Businesses still need to improve their understanding of 5G as mobile operators prepare for commercial launches.

It's now just a few months until mobile phone operators in the UK begin switching on commercial 5G networks. The likes of Vodafone and O2 have been testing the technology for years and small-scale solutions are already in place, but come the autumn, millions of users in the country's biggest cities will get the opportunity to see what all the fuss is about for themselves.

But are enterprises prepared to actually make the most of the technology? In many cases, it seems the answer is no, as recent research has revealed many business leaders are underwhelmed by what is on offer. So therefore, it seems there's still work to do to showcase the true potential of 5G.

Executives underestimate the power of 5G

A recent study by Accenture revealed the majority of executives are sceptical that 5G will provide the revolutionary leap forward that its backers claim. For instance, more than half of those surveyed (53 per cent) believe there will be very few applications for 5G technology that are not already adequately covered by 4G.

Meanwhile, only two out of five business leaders (37 per cent) agree that 5G will provide a revolutionary improvement in speed and capacity.

Accenture said this indicates a lack of understanding about the disruptive potential of 5G. Indeed, almost three-quarters of respondents (73 per cent) admitted they would need help in imagining what the future possibilities for 5G would be.

This is an area where telecoms operators have a key role to play in helping drive adoption of 5G. The survey found, for instance, that four out of ten executives plan to partner with these firms to help guide them on their 5G journey. However, some 60 per cent felt these providers have a lack of knowledge about the specific challenges facing their industry, which suggests education needs to improve on both sides.

Perhaps one issue is that many business leaders still view 5G as primarily another speed increase, similar to that offered by 4G over 3G. But as many current day-to-day applications cope well with the speeds provided by 4G, it may be hard for them to see the need for additional boosts.

While it may be nice to download a full movie on the move in just a few seconds, it's not really relevant to most business users. After all, if all you use your business mobile for is checking emails on the morning commute, the promise of faster performance isn't likely to make a huge amount of difference to your day.

However, this approach does not factor in what the future may hold, or where the real value of 5G lies. Indeed, improving data transfer speeds for smartphones is just a small part of what 5G has to offer.

George Nazi, Accenture’s network practice global lead, commented that the reality of 5G is that it wil bring a "major wave of connectivity" that paves the way for major innovations that will boost commerical and economic development.

He added: "Breakthroughs in three-dimensional video, immersive television, autonomous cars and smart-city infrastructure will unleash opportunities that are difficult to imagine today but will soon be transformative. Telecommunications companies will play a pivotal role in bringing these prospects to light."

Therefore, many of the applications where 5G stands to have the biggest impact may not be as obvious for day-to-day users, but the effect they have could well change how companies do business by giving employees more powerful tools and access to more data than ever before.

While the faster speeds may grab many of the headlines, the real improvements are to be found in applications that take advantage of the huge increase in capacity that 5G will provide, as well as reduced latency and more flexibility.

Better capacity means many more high-demand applications will be able to share the network at once with no risk of congestion or slowdown. This is something that will be essential for technologies such as connected cars, for instance.

Reduced latency – down from around 40 to 50 milliseconds on 4G to under one millisecond with 5G – will also open up potential for new real-time applications that would not have previously been possible, such as connecting robots or other devices together to coordinate their actions.

It's clear that the applications for 5G will be wide-ranging, but businesses may well need help to understand how they can take advantage. Therefore, it will be up to telecoms operators to demonstrate to firms what the potential is. Some providers are already making moves on this with roadshows, smart hubs and other demonstrations, but as Accenture's study shows, they will need to increase their effort to make sure the message gets through as widely as possible.