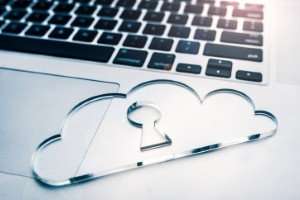 Businesses are finding it difficult to keep their sensitive cloud data secure, with 40 per cent saying cloud security incidents are their biggest cyber challenge.

Companies are struggling to protect their sensitive cloud data at a time of growing security breaches, according to a new report.

Conducted by cloud provider Oracle and tax advisory firm KPMG, the research found that organisations are worried about employee compliance when it comes to data protection.

This is despite 90 per cent of information security professionals classifying more than half of their cloud data as sensitive.

It was also found that 97 per cent of those surveyed have defined cloud-approval policies, but that the vast majority (82 per cent) reported being concerned about employees following these policies.

According to Oracle, for enterprises that store sensitive data in the cloud, an enhanced security strategy is key to monitoring and protecting it. In fact, 40 per cent of respondents indicate that detecting and responding to cloud security incidents is now their top cyber security challenge.

In an attempt to address this challenge, four in ten companies report having hired dedicated cloud security architects, while 84 per cent said they are committed to using more automation to effectively defend against increasingly sophisticated attackers.

Akshay Bhargava, vice president of the cloud business group at Oracle, said: “As organisations expand their cloud footprint, traditional security measures are unable to keep up with the rapid growth of users, applications, data, and infrastructure.

The report also revealed that changing threat landscapes pose significant challenges to businesses, with just 14 per cent of those surveyed able to effectively analyse and respond to the vast majority (75-100 per cent) of their security event data.

In addition, mobile users are creating identity and access management (IAM) challenges for businesses as some 36 per cent of respondents said mobile device and application use make IAM controls and monitoring more difficult.