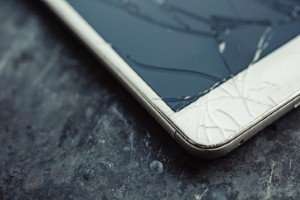 Corning has unveiled a new version of its Gorilla Glass, which could help strengthen smartphones and offer better protection against cracked screens.

Smartphones might be getting stronger, with less chance of a cracked screen when you drop your device.

This is because glass-maker Corning has revealed a new version of its Gorilla Glass, currently used in most phone screens.

Gorilla Glas 6 is Corning’s “most durable cover glass to date”, according to the company. Will this be enough to protect devices from drops, though?

John Bayne, vice president and general manager of Corning Gorilla Glass, said: “As consumers become more dependent on their smartphones, the opportunity for potentially damaging drops is also on the rise. Now more than ever, it’s critical that the cover glass provides outstanding protection.

“Corning Gorilla Glass 6 improves upon Gorilla Glass 5 by surviving drops from higher heights, but, more importantly, has been engineered to survive multiple drops.”

Dr Jaymin Amin, vice president of technology and product development at Corning Gorilla Glass and Corning Specialty Materials, explained that the new version is “an entirely new glass composition”, which can be chemically strengthened to give it “significantly higher levels of compression than is possible with Gorilla Glass 5”.

He added that this enables Gorilla Glass 6 to be more resistant to damage, as well as helping boost the likelihood of the screen surviving multiple drops.

On average, in lab tests, Gorilla Glass 6 was found to be able to survive 15 drops from 1m onto rough surfaces. Corning said that under those test conditions, competitive glass compositions such as soda lime and aluminosilicate did not survive the first drop.

This could be particularly useful as a recent Toluna global consumer study found that, on average, people drop their phones seven times a year. More than 50 per cent of the drops were found to occur at 1m or below.

As smartphone manufacturers also introduce more glass backs on their devices – which allows for wireless charging and customisation – it is also now more important to protect this side of the phone.

With more devices adopting this design feature – even those mid-range ones like the Honor 10 – there is going to be more need for strengthened glass surrounding the whole phone.

When will Gorilla Glass 6 launch?

It is highly likely that Apple’s next iPhones will be manufactured with this new glass. According to BGR contributor Chris Smith, this is all but guaranteed as Apple has invested $200 million as part of the company’s commitment to foster innovation among US manufacturers.

Meanwhile, the Guardian pointed to the new Google Pixel phones set to be released in October and the Galaxy S9’s replacement due in the first quarter of 2019. It is expected that these flagship devices will be manufactured with this glass.