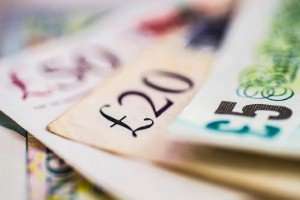 Chancellor Philip Hammond has declared a focus on positioning the UK as a world leader in 5G technology.

In his first Budget – and his last to be delivered in the spring – he announced funding for technological research, including 5G development, as well as additional academic places for those wanting to pursue technological careers.

He has promised £300 million to support research, and a further £270 million “to keep the UK at the forefront of disruptive technologies like biotech, robotic systems and driverless vehicles”.

A new 5G mobile technology hub was also announced during Mr Hammond’s speech. This centre for research and development will receive £16 million in funding.

The funding is intended to support the UK’s competitiveness in the development of technologies like 5G after it leaves the European Union (EU), which will likely happen in the next two years.

Mr Hammond said he would allocate some of the funding towards “support for 1000 new PhD places and fellowships, focused on STEM subjects”. This is intended to boost the level of technological excellence in the country, which will go some way towards improving the UK’s status as a tech leader.

Faster internet speeds will be a significant boost to businesses who rely on the connection to operate more efficiently.

The chancellor’s 5G strategy will explore how to improve mobile coverage on roads and railways, which have long been considered mobile internet blackspots.

Mr Hammond’s pledges come after it was revealed that the UK is not a top international performer in mobile internet connections, languishing in 54th position on a global leader board. Developing nations like Peru, Panama, Romania and Albania have all been found to have better 4G than the UK.

These results prompted the National Infrastructure Commission to call on the government to step in and take action to ensure that current levels of 4G are boosted in the UK, as well as to work on preparing the country for the introduction of 5G.

The development of 5G is essential for the introduction of driverless cars, one of the arenas Mr Hammond has expressed a wish for the UK to lead the world in.