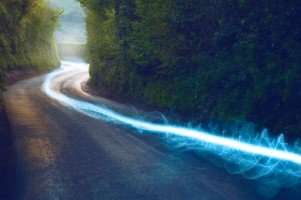 Chancellor Philip Hammond has allocated funds for full-fibre broadband investment and the country’s first 5G testbeds in his Spring Statement.

Chancellor Philip Hammond has made investment in technology a key priority in this week's Spring Statement.

In his keynote speech in the House of Commons, Mr Hammond confirmed that £95 million of funding is being put towards rolling out full-fibre broadband infrastructure across the UK.

Some 13 areas will benefit from this first wave of investment, with these being Armagh City (including Banbridge and Craigavon), Belfast, Blackpool, Cambridgeshire, Cardiff, Coventry (including Solihull and Warwickshire), the Highlands, London, Manchester, Mid Sussex, North Yorkshire, Portsmouth and Wolverhampton.

Mr Hammond argued that high-speed broadband provision is a crucial element of the government's Modern Industrial Strategy, which he believes can "keep Britain at the forefront of new technologies".

The chancellor also confirmed that £25 million would be put towards delivering the first 5G testbeds, while the focus on tech-related skills is to increase over the coming years.

"As our economy changes, we must ensure people have the skills they need to seize the opportunities ahead," he stated.

This, he said, is why the government has committed more than £500 million a year to T-Levels, in what he described as "the most ambitious post-16 reforms in 70 years".

Furthermore, Mr Hammond stated that from next month, £50 million will be available to help employers prepare for the rollout of T-Level work placements.

"Our tech sector is attracting skills and capital from the four corners of the earth, with a new tech business being founded somewhere in the UK every hour, producing world-class products including apps like Transferwise and Citymapper," he commented.

How have stakeholders reacted?

Mr Hammond's commitment to tech-related investment has garnered a positive reaction from analysts and trade bodies.

However, he stated that the government must do more than offer targeted support and also "reform and remove barriers to broadband rollout". Mr Glover said this would ensure the UK "remains well connected and able to compete in a global digital economy".

Adrian Baschnonga, lead telecoms analyst at services house EY, responded by saying the allocation of the first wave of funding from the Local Full Fibre Network Challenge Fund "underlines the importance of local projects to the UK’s digital infrastructure agenda".

He stated that unlocking demand for ultrafast broadband across different parts of the UK and among smaller businesses will help to ensure the benefits of improved fibre networks are "felt across the nation".

"Investment in 5G test projects also underlines the need for a regional approach, since 5G can deliver benefits across a range of scenarios, from smart cities to the rural economy," Mr Baschnonga commented.

Julian David, chief executive of trade body techUK CEO, added that the government's renewed focus on T-levels is also very welcome, as it could have a "positive impact on improving digital skills".

However, he argued they will not be successful unless "businesses of all sizes have the capacity to engage effectively in their delivery".