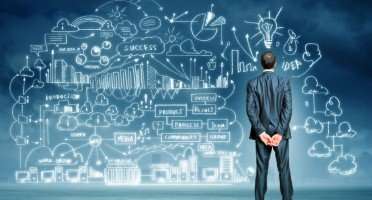 Almost half of organisations in the EMEA region are set to change their business models to become more digitally-focused.

Digital business across Europe, the Middle East and Africa (EMEA) is reaching a tipping point, with chief information officers (CIOs) across the region gearing up to greatly increase the scale of their initiatives, a new report claims.

Research by Gartner revealed that 35 per cent of IT leaders are in a position to boost their investments and help drive a fundamental change in their organisations' business models to be more digitally dependent. This marks an increase of 15 percentage points from 2017, the company noted.

Andy Rowsell-Jones, vice president and distinguished analyst at Gartner, said that CIOs in this region are "setting the example" when it comes to reaping the benefits of digital initiatives.

"Success at evolving endeavours to scale is higher in EMEA than among their CIO counterparts in North America, Latin America and Asia/Pacific," he added. "In addition, to encourage the application of 'digital' at scale within their organisation, 64 per cent of EMEA CIOs fostered better collaboration with the business, and 46 per cent reduced silos and internal complexity."

The survey found almost half of respondents (47 per cent) have already changed their business models in response to maturing digital solutions, or are in the process of doing so.

Mr Rowsell-Jones added that the CIO will have a key part to play in these shifts. Indeed, this was widely recognised in the survey, with 58 per cent of CIO respondents in EMEA taking a leading role or being heavily involved in the business model change.”

The largest portion of new spending in the coming year is expected to go towards business intelligence and data analytics initiatives, with 44 per cent of respondents naming this as their top priority. This was followed by cyber security tools (41 per cent) and new digital business initiatives, such as marketing (39 per cent).

Further down the list, artificial intelligence will be the sixth most-funded technology of 2019, but was named by executives as the number one game-changing area, ahead of data analytics, which dropped to second place.

"AI has gone mainstream. It's now a technology that interfaces with customers and internal operations staff," said Mr Rowsell-Jones.