Cloud represents 20% of IT spend 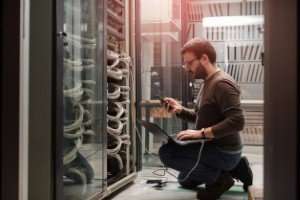 Huge demand for IaaS services has seen the top four providers compete to take their share of this growing market.

Last year saw the IaaS market grow by almost 30 per cent, as an increasing number of businesses took on cloud services.

More than 20 per cent of a company’s IT budget is now spent on cloud-based services, according to the latest study conducted by Gartner.

Dominating the market is Amazon Web Services (AWS), followed by Microsoft, Alibaba and Google, who are all in the race for supremacy.

Sid Nag, research director at Gartner, said: "The top four providers have strong IaaS offerings and saw healthy growth as IaaS adoption is being fully embraced by mainstream organisations and as cloud availability expands into new regions and countries."

He went on to elaborate on the ways that firms are putting this technology to use, supporting production environments and business-critical operations.

As a result of the increase in uptake of cloud services, the top four players in the sector equated to 73 per cent of the total IaaS market.

Adding to this, they represent 47 per cent of the combined IaaS and infrastructure utility services (IUS) market.

While AWS is way out in front of its competitors, Microsoft saw its Azure IaaS platform grow by 98 per cent, translating into more than $3.1 billion of revenue in 2017.

Alibaba’s investment in research and development also paid off, as it beat Google into third place with a 63 per cent increase in the use of its IaaS services last year.

Nag added: "This reflects a fundamental change in what and how organisations are consuming technology. Some legacy infrastructure offerings, such as IUS, are seeing lower and slower uptake that impacts the combined IaaS and IUS market."

He finished by saying that technology providers are also having to change the way they compete due to the high demand for cloud-skilled personnel as demand explodes.