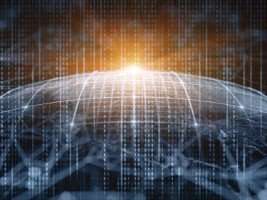 Many consumers express worries that software glitches in IoT systems could leave them unable to control their home or result in serious accidents.

The Internet of Things (IoT) is much-heralded as the next big thing for the tech industry. From voice-activated assistants and connected cars to building sensors that can monitor thousands of distinct information points in real-time and make adjustments without human intervention, many people expect it will completely transform how consumers interact with tech, and how firms operate.

Indeed, some estimates forecast that by the end of the decade, there may be as many as 30 billion IoT devices in use around the globe, and they're set to become an everyday part of many people's lives. But will they actually provide the performance that's expected of them?

A new study by Dynatrace found that more than half of people (52 per cent) are now using IoT devices. However, it also revealed that nearly three-quarters of users (64 per cent) have already encountered performance issues that have affected their user experience.
The typical user deals with 1.5 problems a day and, as the number of IoT devices they interact with is expected to rise, 62 per cent of people fear the amount and frequency of issues is set to rise.

Smart home systems may be the most common way of interacting with IoT, but many people are worried that, in the coming years, they will have to deal with even more frustrations.

For instance, nearly three-quarters of consumers (73 per cent) worry that they could end up locked out of their house as a result of bugs in smart home technology. Meanwhile, 68 per cent expressed concerns that they won't be able to control their home's temperature if the devices malfunction, with 64 per cent having similar fears about their lighting.

However, these are merely mild inconveniences compared to the concerns many people have about the use of IoT in more potentially harmful situations, such as in medical devices or connected cars.

For example, 85 per cent of respondents said they are concerned that self-driving cars will malfunction and result in high-speed collisions. What's more, almost three out of four consumers (72 per cent) think it is likely software glitches in self-driving cars will cause serious injuries and fatalities. Indeed, there has already been at least one widely reported fatality involving a pedestrian being hit by an autonomous vehicle being tested in the US.

Worries over the potential danger of software glitches mean that 84 per cent of consumers surveyed by Dynatrace said they wouldn’t use self-driving cars.

Commenting on this finding, digital performance expert Dave Anderson said: "The reality is IoT glitches could be fatal. Consumers are understandably concerned and that’s why it will be important for the industry to demonstrate it's taking a new, more robust approach to ensure software doesn’t compromise our safety."

The need for stronger safeguards

Mr Anderson added that, as the IT environment has become more convoluted, many of the traditional safeguards and ways of managing software will be ineffective when it comes to IoT, as he explained this technology has created many new blind spots and an additional layer of complexity.

However, he suggested that improved artificial intelligence (AI) solutions may be the key to overcoming this, as AI can help make sense of this complexity, identify problems quickly and accurately, and offer immediate resolutions.

"That's the only way to master the IoT era, which is already upon us," Mr Anderson said.

"Consumers want perfect IoT experiences. Become masters of this new IT universe, or you'll miss out on the opportunity IoT presents."