Could fog computing be more important than the cloud? 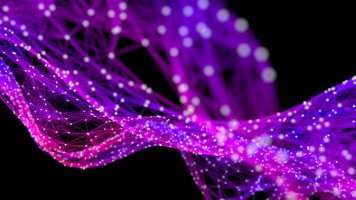 A team of researchers have developed a new concept called fog computing, which could offer users better security measures than the cloud.

Cloud computing has become an extremely important way for businesses to store information. It offers advantages like reduced cost, increased collaboration and the ability to recover data after a disaster.

With those benefits, among others, it is little wonder why some companies have made the cloud their preferred way of operating.

Now, though, a group of researchers have developed a new form of remote data storage, saying that it offers more security than the cloud.

With the cloud, there have always been concerns about how secure information is. The fact everything is stored off premises has caused anxiety in some. Because cloud data is stored on one remote server, there have been fears that if it is compromised then all of that information can be accessed by the wrong people.

So Maria Concetta De Vivo and Rosario Culmone, computer scientists at Italy’s University of Camerino, have developed the concept of ‘fog computing’, which involves storing information across several servers.

Fog computing uses standard networking protocols in an unconventional way, exploiting what the developers call “virtual buffers” in internet routers to endlessly relocate data packets without a file ever residing in its entirety on a single computer server.

They said that the technological and regulatory aspects of the cloud offer both opportunity and risk. In developing fog computing, they aimed to provide the benefits without the drawbacks.

According to Ms De Vivo and Ms Culmone, they “want to realise a fog of files, rather than a cloud”.

In using multiple servers, they said, there is no target for hackers and information can only be accessed by legitimate users. With hacking been the primary concern over cloud computing, the researchers feel that fog computing will offer real benefits to users.

They said: “The trend towards outsourcing of services and data on cloud architectures has triggered a number of legal questions on how to manage jurisdiction and who has jurisdiction over data and services in the event of illegal actions.”

It is hoped that fog computing has the potential to circumvent security and legal problems by ensuring files are off-limits to hackers. The researchers compared fog computing to sending a letter with a tracking device but an incomplete address, resulting in it simply being sent from post office to post office without ever being delivered.

With the ever-expanding Internet of Things and the upcoming launch of 5G, remote storage will have to be in the best position possible for businesses to capitalise on what is being offered. If fog computing can offer a more secure version of this, it could end up being more important than the cloud.