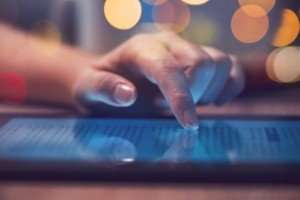 The number of tablets being shipped continues to decline, but without any high-profile product releases, it’s hardly surprising.

A decline in the worldwide tablet market saw shipments fall to 33 million in the second quarter of 2018, according to the International Data Corporation (IDC) Worldwide Quarterly Tablet Tracker.

The majority of the market was made up of slate tablets, with 28.4 million units being shipped, but this still equated to a 14.5 per cent decrease from the same period in 2017.

In the corresponding quarter of 2017, there were a number of high-profile product launches in the area of detachable tablets, but without such updates this year, numbers fell in this sector too.

Jitesh Ubrani, senior research analyst with IDC's Worldwide Quarterly Mobile Device Trackers, said: "The detachable market is at a crucial stage as it has been driven primarily by premium products from Microsoft and Apple and growth has slowed in recent months.

"Though consumers and businesses alike have shown interest in the detachable form factor, those operating on tighter budgets have had very few options available to them and hence some have opted for traditional PCs.

“However, with the launch of the Surface Go, Chrome OS-based detachables, and hopefully a more affordable iPad Pro in the future, the detachable category still has a bright future, provided the performance and software lines up with users' expectations."

Lauren Guenveur, senior research analyst for IDC's Tablet team, went on to highlight a number of other issues associated with detachables in recent months that have contributed to the slowing down of demand.

These include the performance of first-generation Windows 10 on detachables, with users reporting sluggish response times to desired actions, and a lack of compatible programs and apps.

All is not lost, however, as Ms Guenveur pointed towards the upcoming release of the Snapdragon 850 processor from Qualcomm, which could spell hope for the market.

She believes that the underserved mid-market segment will appreciate the cost-effective nature of the new platform and sales of detachables will therefore be boosted once more.