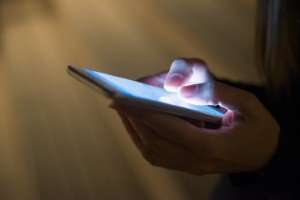 A number of details around the upcoming Samsung Galaxy S9 and S9 Plus have been leaked, including the fact the devices will feature different cameras.

Details of the upcoming Samsung Galaxy S9 have been leaked, revealing that the device could go on sale on March 16th.

Well-known leaker Evan Blass cited a C-suite executive at “a major casemaker” who said the S9 would be launched at Mobile World Congress in Barcelona on February 26th, with pre-orders starting from March 1st.

Meanwhile, the S9 and S9 Plus have been spotted at the US’ Federal Communications Commission, where it was seen that the devices will support all GSM, CDMA, LTE, and UMTS bands.

The phones would follow the hugely successful S8 and S8 Plus, which have won numerous awards. They were some of the first devices to feature the narrow bezels that have become commonplace today and offered a fast and powerful user experience.

A report by VentureBeat suggested that the S9 and S9 Plus would have the same curved display seen on the S8 and S8 Plus. According to the report, this would mean they would come with 5.8 and 6.2-inch Super AMOLED panels respectively, with QHD+ resolution and an 18.5:9 aspect ratio.

Although the S8 and S8 Plus are identical except for screen and battery size, it is expected that there will be bigger differences in the S9 series. Industry experts predict that the upcoming phones will have different cameras, with the S9 featuring a single lens and the S9 Plus coming with a dual-camera setup. The larger device is also likely to feature an extra 2GB of RAM, coming in at 6GB.

In addition, a photo of the alleged retail box for the new device has been leaked. It shows that the S9 will come with an 8MP front-facing camera and 64GB of storage, as its predecessor had.

The photo also shows that the phone will feature stereo speakers and a free pair of headphones, which have both been tuned by AKG. It also reveals that the S9 will come with an IP68 rating for protection against water and dust, as well as wireless charging.

Furthermore, according to the Korea Herald, the Galaxy S9’s iris scanning lens will be upgraded from the 2MP seen in the S8 to 3MP. This will help it identify users’ irises better, leading to faster unlocking. It will also help the S9’s scanner to perform better in very bright or very dark environments, as well as when users are wearing glasses and when they are moving their eyeballs.

Android Authority has also reported that rumours have suggested that both devices will be powered by the same processor, which will either be the Exynos 9810 or the recently announced Snapdragon 845, depending on which part of the world it is being sold in. Europe will receive the former, while the US will get the latter.

The site has also predicted that the S9’s fingerprint scanner will be in a new location. Although it is still expected that the upcoming device will have its scanner on the back, it will likely site below the camera, instead of right next to it. This will be welcome news to Samsung fans, who have listed the S8’s scanner location as one of the few things wrong with the phone’s design.