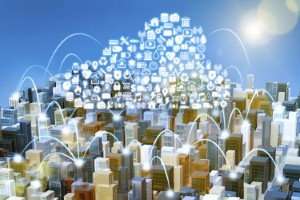 European businesses are set to increase their spending on IoT solutions by a fifth in 2019.

Spending on Internet of Things (IoT) technology in Europe is set to increase by a fifth this year, as more businesses come to understand the potential of these solutions to transform how they operate.

This is according to new research by International Data Corporation (IDC), which found that revenue for the sector is set to increase by 19.8 per cent in 2019, reaching a total of $171 billion (£131 billion), before continuing to maintain a double-digit annual growth rate until at least 2022, by when the market is expected to be worth more than $241 billion.

Milan Kalal, program manager at IDC, said that at present, many companies are still "scratching the surface" of what is possible with powerful IoT solutions.

"Organisations are gradually experiencing that driving business outcomes with IoT requires not only new technologies and expertise in areas like edge infrastructure, wired and wireless networking, security and edge-to-cloud architectures, but also viable use cases that deliver short-term results and help drive a strategic IoT innovation road map," he continued.

The biggest chunk of spending in 2019 will go towards hardware, at $66 million, as businesses look to equip themselves with the sensors and other modules they need to adopt IoT.

This will be followed by services, with $60 billion to be invested across the region in traditional IT and installation services, as well as non-traditional device and operational services.

Industries that are especially likely to make use of the technology include discrete manufacturing, utilities retail and transportation.

For manufacturers, the tools will primarily be used to support manufacturing operations and production asset management. Meanwhile, utilities firms will focus their efforts on developing smart grids and retailers will be using the IoT to improve their omnichannel operations.

However, while some users will develop highly advanced applications for this technology, many others are still playing catch-up.

"We are now experiencing a dichotomy scenario across European IoT adopters," said Andrea Siviero, research manager at IDC. "While a few advanced users are leveraging IoT technologies in full swing, there is still a large portion of users struggling to prove and replicate initial pilots and proof of concepts."