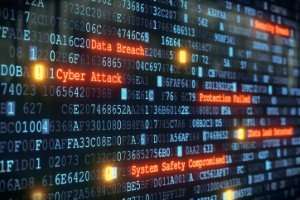 Organisations such as the NHS that still frequently use fax machines could be exposed to hackers, researchers have claimed.

Many businesses that still use outdated fax communications technology could be putting themselves at risk of falling victim to a security breach, researchers have warned.

Although faxes are considered obsolete by many companies, they still have an important role to play in some industries. The NHS, for example, is a major user of fax machines, with the BBC reporting around 9,000 are still in use in England. Government agencies, banks and laws firms are among the other organisations still reliant on the technology.

But security experts from Check Point Software say that by sending a specially customised image to one of these devices, hackers could gain access to a company's wider network.

Researcher Yaniv Balmas told the BBC that this is because many fax machines also function as printers and copiers, so have a connection to the business' internal network that hackers can exploit.

Mr Balmas said his firm had been surprised to learn just how widespread fax machines are in many businesses, especially as they usually have no security measures built into them at all and rely on protocols that have not changed since the 1980s.

"There seems to be a lot of organisations, government agencies, banks and others that are still using fax," he stated, noting there are a range of legal and historical reasons for their continued presence.

"Fax is still considered as visual evidence in court but an email is not," he continued.  "That's why some government agencies require you to send a fax."

Check Point created and sent an image that was loaded with a malicious payload based on the Eternal Blue software exploit – the same weakness that lead to the WannaCry ransomware attack last year.

This exploits flaws in the protocols used to define the format of fax messages. Many of these are poorly worded, which means different manufacturers interpret them in different ways.

In particular, the researchers identified problems with the way the protocols were used in some multi-purpose printers made by HP that are widely used by businesses.

HP has issued a patch to address the issue, but Mr Balmas said that as fax numbers were very widely shared, they could be an easy-to-find attack route for malicious hackers who target other machines.