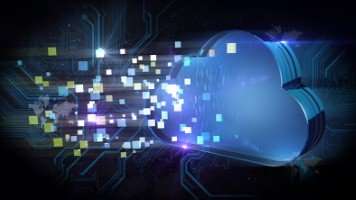 The International Data Corporation has predicted that the global ‘whole cloud’ market will reach $554 billion in revenue by 2021, more than double the 2016 level.

Worldwide ‘whole cloud’ revenue will reach $554 billion (£413 billion) in 2021, rising to more than double the level seen in 2016, according to a prediction by the International Data Corporation (IDC).

According to IDC, the cloud delivery and consumption model has “revolutionised the entire IT industry” over the past decade, which has been seen in the dramatic rise of public cloud services.

However, research found that the cloud opportunity extends well beyond the public cloud – which makes up less than half of all cloud-related spending today – and includes private and hybrid clouds, as well as managed cloud services, cloud-related professional services, and hardware and software infrastructure for building clouds.

Frank Gens, senior vice president and chief analyst at IDC, said: “The most obvious takeaway from this forecast is that the shift to the cloud consumption model – in all its forms – is a mass movement, and will continue to be such over the forecast period.

“Equally important, though, is the steady drumbeat of tech innovation that is coming from the major public cloud suppliers, making it virtually impossible for enterprises and developers seeking advantage through IT not to embrace the public cloud."

IDC also predicted that by 2021, public cloud services will account for 48 per cent of all cloud-related spending, rising from 41 per cent in 2016.

Furthermore, spending on managed and professional services around cloud adoption are, collectively, the second-largest opportunity in the whole cloud market, accounting for 31 per cent of all cloud-related spending in 2016 and 2021, according to IDC.