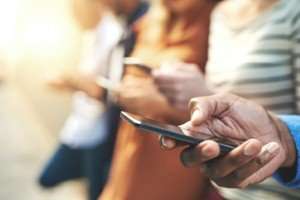 Google has kicked off its I/O developer conference by demonstrating what it will be introducing with the next version of its Android operating system.

Google I/O – the company’s developer conference – has kicked off and already there have been a number of exciting announcements made.

With a focus on artificial intelligence (AI) and making consumers' lives easier, this year’s event has seen demonstrations showing how smartphone use will be enhanced.

Discouraging too much phone use

One of the most anticipated demonstrations was always that of the next version of Android – currently dubbed Android P. Google announced a few major updates to its operating system at this year’s I/O, including a new feature that will help make it easier for people to put their phones down.

The company believes that people spend too much time on their devices, so will be introducing a new dashboard that shows how much a phone is being used. In addition, Google will introduce an app timer system, allowing users to set time limits for how long they can use an app.

Android P will also make use of machine learning to improve battery power, with Adaptive Battery an attempt to extend its life through optimisation. It has been designed to draw power to the apps Android knows are being actively used, while sending background processes to low-power cores.

Google is also introducing Adaptive Brightness, which uses machine learning to watch users’ manual habits for adjusting brightness based on various environments and then applying what it has learnt. It is intended to reduce the number of times users change brightness levels.

With the launch of Android P, swiping up from the bottom of the screen will take users to recently used apps, which will appear as a carousel. It will be laid out horizontally, which could be reminiscent of iOS 11.

In a change to what has been present on Android phones for years, the back button will only appear when an app can use it. According to the Verge, although this could lead to some complications, “the gestures begin to move Android toward a much more flexible way of controlling the operating system, and one that, eventually, will likely help to free up screen space, too”.

AI is also going to be used to suggest actions within apps when they are searched for. For example, if a user searches for a taxi or car-sharing app, Android will also offer buttons to request a lift to their home or office. This has been designed to improve efficiency across the operating system.

In addition, AI will also be integrated into the gesture navigation system. At the top of the carousel of recent apps will be suggestions based on usage habits. Named App Actions, the system will learn user habits to establish what should be found here.

Google is also changing how Android handles background apps to offer better privacy for users. The new operating system will no longer provide apps that have been given permission for location, the microphone, camera and network status to access them when they are idle in the background.

Apps wanting to legitimately use these features will have to have an icon present in the notifications bar, informing the smartphone owner that their data is being accessed. This will make it far more difficult for rogue apps to spy on users.