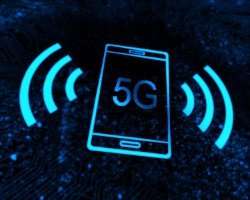 Ministers have announced they plan to create a large-scale, citywide testbed for wireless 5G infrastructure.

The government has unveiled plans to create a 5G city, as part of a trial that could lead to the technology being deployed more widely across the UK.

A large-scale, citywide testbed for wireless 5G infrastructure will enable ministers to gather real-world evidence of how the technology can improve quality of life for communities, enhance business operations and make a location a more attractive to place to live.

Local or combined authorities with a coverage area in the region of 500,000 people have been invited to register their interest with the Department for Digital, Culture, Media and Sport.

Large cities with a smaller population will be considered in the bidding process, as long as they can demonstrate a "very strong, clear digital leadership and vision".

The government believes the 5G trial could enable a number of initiatives to be tested. For instance, ministers stated that the widespread use of sensors and real-time monitoring and management of traffic and public transport could improve the flow of traffic in busy urban areas.

Meanwhile, the government is interested to see whether the use of robotics and augmented reality could drive greater efficiency in manufacturing assembly lines.

In addition, 5G could be used by doctors and healthcare professionals to carry out video consultations in real-time and offer remote treatments for those who are less able to travel.

Digital Minister Margot James commented: "This is a huge opportunity for an urban area to become the flagship of our ambitious programme to make Britain fit for the future and a world leader in 5G.

"Trialling 5G at scale across an entire city is a chance to prove the economic benefits predicted from this new technology, test different methods of deployment and boost the connectivity of ordinary people working and living there."

Robert Driver, chief executive of Cambridge Wireless on behalf of UK5G, added that it is delighted to see the government showing this level of ambition by funding a large-scale 5G testbed within an urban environment.

He stated that the move will help to speed up the development and adoption of 5G in the UK, and said it is looking forward to working with ministers to "make this a success".