How likely is 5G in the next few years? 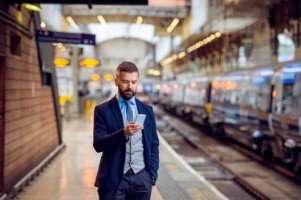 With the Qualcomm chief executive saying he expects 5G to be deployed by 2019, how realistic are his claims and are other companies likely to deliver the technology?

When it comes to technology, one of the most fascinating developments of recent years is 5G. There has been a great deal of debate and discussion over when the next generation of mobile broadband will be introduced, with official standards not yet agreed.

5G is expected to deliver some of the most significant changes to the way media is consumed and devices are connected around the world. It is inextricably linked to the Internet of Things (IoT), which is itself expanding every day.

Most industry experts have stated 2020 as an expected date of deployment for 5G services. But this is not the opinion of Qualcomm CEO Steven Mollenkopf. At the recent Frankfurt Motor Show, he said: “You will see [5G] in real devices, on the shelf, in 2019.”

He added that if he had have been asked a year ago, he would have said 2020 was more likely.

Mr Mollenkopf explained that there are already several network operators in Japan, the US, and South Korea preparing to launch 5G in 2019. He added that it was likely these companies would be joined by Chinese carriers.

Qualcomm said: “There is clear and growing global industry interest for deploying advanced 5G NR technologies already in 2019, including mmWave, in mobility applications to meet increasing mobile broadband needs and emerging use cases.”

With Qualcomm, supplier of processors that power most of the biggest flagship smartphones on the market, insisting that it is viable for 5G devices to be available within two years, where do other manufacturers and networks stand?

The US network T-Mobile has said it will be rolling out a national 5G service in 2019, with plans for its completion the following year. Rival network Sprint has teamed up with Qualcomm to offer the same in 2019.

Meanwhile, the EU has invested in a 5G project running until 2019. It brings together participants in a number of member states, with Nokia taking the lead. Also taking part in the 5G-MoNArch project are Deutsche Telekom, Samsung, Huawei and Telecom Italia, among others.

The project aims to provide a detailed specification and extension of 5G architecture, as well as an extension of existing architecture design with key enabling innovations. How well the participants do remains to be seen but the tech-focused world will be following any developments closely.

The race to 5G is tight and with so many companies involved, the competition will likely drive innovation. This will potentially lead to the faster deployment of the technology, which could see the Qualcomm CEO proved right.