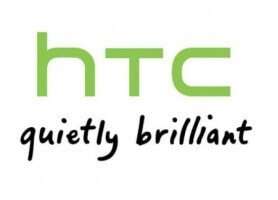 There was much interest in the smartphone industry this week after HTC issued a Facebook teaser suggesting a new handset was about to be launched.

However, the brand sprung a surprise on everyone by revealing not one but two devices: the HTC U19e and HTC Desire U19+.

Once a major player in the smartphone market, HTC has been struggling behind the scenes in recent years and had failed to launch any new releases since the U12 Life in 2018 (except for a line of blockchain-related devices).

Now, though, these two handsets are set for an Asian release in July, although there is no news yet as to when they will be available on the UK market.

The HTC U19e will offer a six-inch OLED display with 2160 x 1080 resolution, as well as Face Unlock and iris recognition technology.

There’s a 24MP and 2MP dual camera rear array and up to 128GB of storage thanks to a built-in microSD card reader.

Early indications suggest this handset will retail for around £375, putting it at the slightly higher end of the spectrum with regard to price point.

Meanwhile, the HTC Desire U19+ will have a 6.2-inch display and a three-camera setup: a13MP main sensor, 8MP sensor with ultra-wide angle lens and 5MP depth sensor.

There’s a rear-mounted fingerprint sensor and again up to 128GB of storage for those who need plenty of space to store photos and documents.

The Desire U19+ is expected to be priced at around £250, making it the more affordable option out of the two new releases.

HTC became a huge hit with fans back in 2010, when it created a real rival to the iPhone in the Desire handset.

In 2013, it rebooted and launched its One range, with the HTC One and One M8 still frequently rated among the best smartphones ever by tech experts.

However, just two years later, the brand was being widely criticised for lacking the innovation it had once been so famous for and simply launching devices too similar to others already on the market.

Now there is a buzz surrounding HTC once more, and advocates will no doubt be hoping these two new handsets are released in the UK soon. This could be the sign tech enthusiasts have been waiting for that HTC is back at its innovative best.