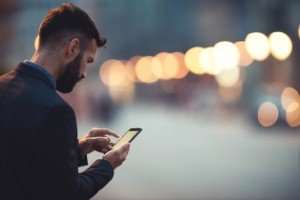 The Desire 12 and Desire 12+ stay true to the HTC line, but have additional benefits that may just tempt you to invest in a new handset.

While fans of HTC phones await the arrival of the U12+ later this year, the company is launching two budget handsets.

The Desire 12 and 12+ have many of the attributes associated with the Desire line, but these models also have a number of improvements.

Instead of a plastic design, both of the handsets boast a glass outer case, reminiscent of the U11 model, lending the devices a much sleeker finish.

The ‘liquid surface’ makes these handsets particularly desirable and are available in violet, gold and navy hues.

Powered by the MediaTek MT6739 and equipped with either 2GB or 3GB of RAM, depending on the model, it has a lot to recommend it.

The choice of 16GB or 32GB of internal storage can also be boosted with SD cards supported up to 2TB, reducing the limitations on the device.

When it comes to the camera, the front-facing one is 5MP, while the camera on the back is 13MP, which is perfectly sufficient for most needs.

Add to all this the 2,720 mAH battery, and a version of Android that is modified by HTC Sense and you have a handset that will appeal to devotees of the HTC brand.

The Desire 12+ may have the same aspect ratio and resolution as the standard Desire 12, but it benefits from a six-inch display.

Other elements that warrant the + are the Qualcomm Snapdragon 450 processor instead of the MediaTek option, 3GB of RAM and an impressive 32GB of storage as standard.

A 13MP back camera is accompanied by a second 2MP one that is perfect for capturing portraits, while the front-facing camera is equipped with an 8MP sensor.

If long battery life is your primary concern, then the Desire 12+ has a 2,965 mAh battery. It also has the Android 8.0 Oreo as standard, adding an extra temptation to go for the + model.

Whether you opt for the Desire 12 or the Desire 12+, they both have a 3.5mm headphone jack, something that is becoming more and more rare these days.