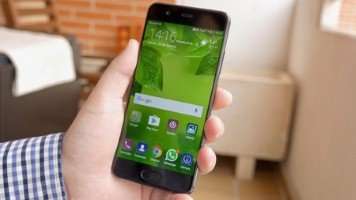 Huawei has overtaken Apple to become the world's second-largest manufacturer of smartphones behind Samsung – pushing Apple outside the top two for the first time in eight years.

This is according to IDC's latest Worldwide Quarterly Mobile Phone Tracker, which looked at the number of handsets shipped around the world between April and June this year.

It found that Huawei enjoyed a boost of over 40 per cent to claim the number two spot, seeing its number of shipments rise to 54.2 million in Q2 2018, up from 38.5 million for the same period last year.

Apple's figures, meanwhile, were more steady, with the number of iPhones shipped rising from 41 million to 41.3 million over the same period.

Samsung remained top of the pile, despite seeing a year-on-year fall of 10.7 per cent. However, it still shipped 71.5 million devices. IDC noted that weaker-than-expected sales of the firm's flagship S9 and S9+ were partly responsible for the fall, with Samsung putting this down to more competition in the high-end segment and overall sluggishness as the smartphone market becomes saturated.

Ryan Reith, program vice-president with IDC's Worldwide Mobile Device Tracker, commented: "The continued growth of Huawei is impressive, to say the least, as is its ability to move into markets where, until recently, the brand was largely unknown."

IDC also noted that Apple will expect to regain ground in the coming months with the introduction of the next-generation of iPhones in the autumn. It stated that the manufacturer is expected to bring three new models to the market this year, with a range of different screen sizes and price points in addition to the usual performance upgrade and new features.

"Apple moved into the top position each of the last two holiday quarters following its product refresh, so it's likely we'll see continued movement among the top ranked companies in 2018 and beyond," Mr Reith continued.

"For most markets, the ultra-high end ($700+/£535+) competition is largely some combination of Apple, Samsung, and Huawei, depending on the geography, and this is unlikely to change much in the short term."