Internet of things ‘to double in size in three years’ 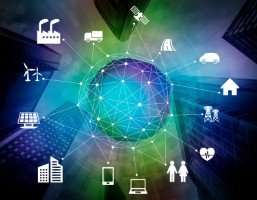 A new report has indicated that the Internet of Things will more than double in size by 2021, despite a number of problems holding back its adoption.

The total market for the Internet of Things (IoT) is set to grow to more than double its current size within three years, according to a projection by global management consulting firm Bain & Company.

In its latest report, titled Unlocking Opportunities in the Internet of Things, the firm published findings based on a survey this year of more than 600 company executives. This suggested the market – including hardware, software, plus auxiliary elements such systems integration, data and telecom services – will grow from the 2017 total of $235 billion to $520 billion (£407 billion) by 2021.

The report said the enterprise and industrial sectors will be the main drivers of this expansion.

However, while the pace of IoT adoption may appear rapid, the publication noted it is not actually as fast as might previously have been envisioned. Two years ago the number of IoT projects companies planned to invest in and implement was substantially greater than the present figure.

This is due to an acknowledgement that the introduction and integration of the new technology, along with the speed at which it will yield returns on investment, will be slower than originally thought. As a result, while executives would like to be quicker to adopt IoT initiatives, these ambitions are tempered by reality.

Other barriers to IoT adoption include concerns about security, with 22 per cent of firms saying this has held back their investment in the technology.

Bain & Company partner and IoT expert Anne Bosche said: "Our survey found that vendors are aligned with customers’ concerns about some barriers, such as security, returns on investment, but less so on others – notably integration, interoperability and data portability."

She added that the best way to tackle these concerns is to focus on "fewer industries in order to learn what customers really want and need".

Nonetheless, more firms are looking at finding new ways to use the IoT, up from 40 per cent of those polled in 2016 to 60 per cent now. Moreover, the report found, large infrastructure software vendors and cloud service providers are doing more to facilitate IoT adoption.

Therefore, the survey indicated that while IoT growth is not without its issues, its expansion will still be very substantial over the next couple of years.