Is your firm making the most of your cloud investments? 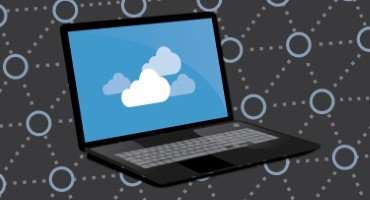 Cloud computing promises to offer a wide range of benefits to businesses of all sizes, with the potential for reduced costs, faster time-to-market and improved support services among the most common reasons cited for making such a migration.

But while companies that do this properly can expect to see significant gains, if the process is not undertaken carefully it can leave firms feeling disappointed.

Indeed, new research from Accenture has found a large number of businesses that have adopted cloud computing solutions are yet to see the expected benefits of the technology, with many finding the migration more complex than they had anticipated.

So what’s preventing businesses from reaching the full potential of their cloud services, and how can businesses ensure they avoid the potential pitfalls of a migration?

Accenture’s figures found as many as two-thirds of businesses had to temper their expectations in some form, with the most common barrier facing businesses being higher than expected security and compliance risks, which were cited by 65 per cent of respondents as an issue.

This was followed by the complexity of the changes that needed to be made on a business and organisational level (55 per cent), issues with legacy infrastructure and/or application sprawl (43 per cent) and a lack of cloud skills within the organisation (42 per cent).

Kishore Durg, senior managing director of Accenture Cloud for Technology Services, said as is the case with most new technologies, it will take time for businesses to capture the intended benefits of the cloud, so firms should not be overly concerned if they have underestimated their expected time to value.

“Taking your cloud programme to the next level isn’t something anyone can do overnight ­­­­- clients need to approach it strategically with a trusted partner to access deep expertise, show measurable business value and expedite digital transformation,” he continued

Getting to grips with the cloud

However, the good news is that if firms can tackle these issues effectively, they stand to enjoy many benefits from the cloud. Accenture found that overall, 96 per cent of enterprises expressed some level of satisfaction with the outcome of their cloud migration, with only one in ten being unhappy with the cost reduction they were able to see.

Among those that were able to manage their migration effectively, firms have seen benefits in areas including reducing cost (34 per cent), improving speed (36 per cent), boosting business enablement (35 per cent) and accessing better service levels (34 per cent).

Accenture noted if firms are struggling with a skills gap that is hampering their rollout, there are steps they can take. For instance, 87 per cent of the surveyed executives said they would consider the use of managed cloud services to address this shortcoming, with the greatest number of respondents citing access to the right skills as the top benefit of these services, even ahead of lower costs.

Firms should also take the time to carefully consider which deployment model is best suited to their needs. For instance, those opting for private cloud models tended to lag behind their public and hybrid-focused counterparts when it comes to meeting their desired goals, especially when it came to cost savings and service level improvements.

On the other hand, while more than half of public cloud users (54 per cent) reported having achieved their cost saving goals, only 28 per cent experienced their anticipated speed-to-market benefits.

“When it comes to cloud technology, the more clients consume, the greater value they’ll see in return,” Mr Durg noted. “Specifically, as clients expand their use of cloud applications and footprint across different functions, divisions and geographies, they’ll increase the areas to which the technology can bring value; in short, the more widespread your adoption, the greater the value lift, creating an upward curve in return on investment.”