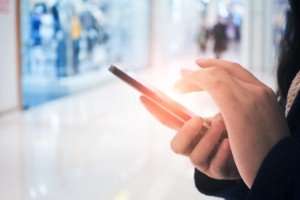 John McAfee has introduced a new security-conscious handset to stop cyber attacks, describing it as the most hack-proof smartphone ever.

It will be released through cyber security MGT and a second generation version is anticipated next year. The full device specs will not be made available until a week before launch, with the overall price set to be $1,100 (£853).

The phone is targeted at business users, but it will be interesting to see if people are willing to move away from the comfort and reliability of brands such as Apple and Samsung in order to improve security levels.

Android and iOS have both established themselves as the two top platforms in the industry, with plenty of technology providers investing time and money into creating high quality apps.

While security is a priority for businesses, the McAfee device will need to ensure it offers enough functionality to prise consumers away from the top two brands, who have developed a loyal following over a long period of time.

Speaking to Newsweek, Mr McAfee said: “Enormous investment in hardware costs have gone into this.

“The smartphone contains a bank of switches on the back cover that allow the user to physically disconnect the battery, the antennas for WiFi, Bluetooth and geolocation, the camera and the microphone.”

Mr McAfee explained that the device features a web search anonymizer and does not allow users to connect to an International mobile subscriber identity catcher (IMSI-catcher).

“It is Version 1. It is not hack proof but it does give the user enormous power over his or her privacy and it is light years ahead of the Blackphone or any other phone claiming to be secure,” he went on to say.

Cyber security is becoming increasingly important in the industry. As hackers find more sophisticated ways to attack networks, companies are struggling to protect their data and react quickly enough.

Research from the British Chambers of Commerce (BCC) found that 42 per cent of large firms have been impacted by a hack, with this number dropping to 18 per cent for smaller businesses.

With the recent attack on the NHS raising awareness of cyber crime even further, it is vital that businesses take action to protect their data, whether it is on a smartphone, laptop, tablet or other mobile device.