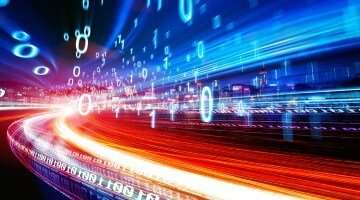 New data from Ofcom shows the UK is making steady progress with the rollout of full fibre broadband, ultrafast services, and 4G mobile.

Strong connectivity is now a must-have for any business. Whether this is fixed-line broadband, Wi-Fi or 4G mobile services, being able to stay in touch and access key services wherever employees are is vital to the success of any firm.

With more business being done over the internet, and many more firms now dependent on tools such as cloud technology, this connectivity must provide a fast, reliable connection that offers users the performance they need to access the online services they rely on.

So how is the UK doing as a whole when it comes to providing these services to homes and businesses? In its latest interim Connected Nation report, telecoms regulator Ofcom has looked at what progress has been made over the past year, as well as how the country's networks are changing to meet the evolving needs of users.

One development that will be central to the future of the UK's connectivity is full fibre networks, which deliver fibre-optic connectivity right to a home or business' doorstep, instead of routing to a cabinet and relying on copper wire for the last section.

The government has set a target of having the entire country connected to these networks by 2033 and, while there is still a long way to go, Ofcom indicated that steady progress is being made in the rollout of this technology.

It found that as of May this year, when the data used in the report was captured, five per cent of UK premises were able to take advantage of full fibre, equating to 1.4 million homes and businesses. This was up from 840,000 premises in the regulator's last report in December 2017. Ofcom put this increase down to positive investments from both large and small providers.

Ofcom noted that full fibre offers much faster services than other solutions, with speeds in excess of 1Gbps available. It can also deliver a much more consistent performance, ensuring customers get closer to the speeds advertised by providers.

Elsewhere, Ofcom also found progress is being made in the deployment of both superfast broadband (defined as speeds of at least 30Mbps) and ultrafast broadband (speeds of 300Mbps or more). Some 27.3 million premises in the UK (93 per cent) can now access superfast speeds, with 14 million of these (48 per cent) also able to enjoy ultrafast speeds.

At the other end of the scale, the number of homes and businesses without access to good connectivity continues to fall. Less than three per cent of premises (860,000) are now unable to access speeds of at least 10Mbps, which is the minimum speed defined by the government's universal service obligation. This is a drop from 1.6 million in May 2016 and 1.1 million in May 2017.

While the growth of fast broadband will undoubtedly be good news for businesses, it is not only in fixed-line services where progress is being made. Ofcom's report also examined mobile connectivity around the UK, and again found improvements have been made in overall coverage.

However, it noted that progress in this area varies considerably between operators, while almost a quarter of the UK still lacks coverage from one or more of the four major operators.

The report found 77 per cent of the UK is not reached by all four networks for voice calls, up from 69 per cent in June 2017. Over the same period, outdoor access to good quality data
services through 4G has also increased, from 48 per cent to 64 per cent.

When it comes to indoor coverage, 76 per cent of UK premises are now covered by a decent 4G signal from all operators, up from 64 per cent in June 2017.

Ofcom noted: "While the ongoing roll-out of 4G services has led to improvements, mobile coverage is still worse in Northern Ireland, Scotland and Wales than it is in England. This is unsatisfactory and more needs to be done to improve coverage in the nations."

For example, only a third of Scotland's geographical area (36 per cent) is covered by good quality 4G signals from all four operators, while in England, the figure is 81 per cent.

Good progress, but work to do

The figures for both broadband and mobile connectivity show that overall, the UK's telecoms sector is making progress in its efforts to improve coverage reach and speeds, and this is set to continue for the foreseeable future.

However, Ofcom noted that coverage obligations such as the USO alone will not solve all the country's outstanding not-spots, so it will be essential for the regulator to work closely with both government and industry.

On full fibre, for example, the report noted: “We are continuing to work with government and industry to drive further investment in full fibre – including introducing new rules to make it cheaper and easier for companies to lay full fibre networks. We therefore expect the availability of full fibre to continue to rise."