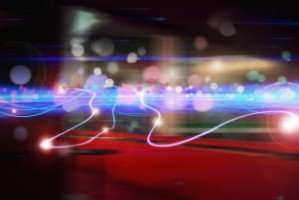 The average smartphone will be responsible for 21GB of data traffic per month by 2014, up from just 5.6GB today, a new report finds.

The amount of data sent and received via smartphones is set for a huge increase in the coming years, driven by faster networks and greater use of video, a new report has revealed.

Ericsson's latest Mobility Report has found that there are currently 7.9 billion mobile subscriptions around the world, but a further billion will be added to this figure by 2024.

Over the same period, the amount of monthly mobile data traffic used by the average smartphone will increase from 5.6GB today to 21GB.

One of the main sources of this will be video. Currently, this accounts for 60 per cent of total mobile traffic, but this will grow to almost three-quarters (74 per cent) by 2024. Meanwhile, social networking usage is also set for strong growth, climbing by 24 per cent a year over the forecast period.

Another factor that will have an impact on mobile traffic is the emergence of 5G, which is set to arrive in the UK next year. Ericsson stated that by 2024, 5G will reach nearly 40 per cent of the global population and have 1.5 billion subscribers, helped by "new,
innovative solutions that reuse existing infrastructure and available spectrum", allowing the rollout to move faster than for previous generations of mobile technology.

Fredrik Jejdling, executive vice-president and head of business area networks at Ericsson and publisher of the report, commented: "As 5G arrives I am sure it will be the starting point for fundamental changes. Imagine the power of an industry with six billion subscribers and the potential for innovation with 5G in their hands."

Elsewhere, the report also forecast strong growth for mobile Internet of Things (IoT) devices. It estimated that the number of cellular IoT connections is set to increase at 27 per cent per year over the forecast period, reaching 4.1 billion by 2024.

"There is an evolving range of IoT applications that have stringent requirements on availability, delay and reliability," Ericsson noted, which will therefore demand fast, reliable connectivity to be successful. It added applications include traffic safety, automated vehicles, drones and industrial automation.