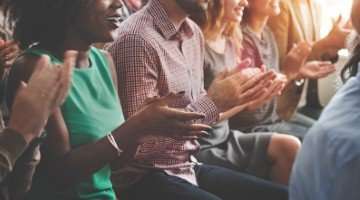 Mobile World Congress 2017 has begun, with developers set to reveal new innovations and discuss how new technologies can help enable 5G for businesses and consumers.

The annual Mobile World Congress (MWC) 2017 has kicked off in Barcelona and will run until the end of the week.

MWC is the world's largest exhibition for the mobile industry as well as a conference for top executives from mobile operating firms, device manufacturers, technology providers, vendors and content owners from across the world.

This year’s Congress has already seen some long-anticipated devices unveiled and will provide the stage for developers to discuss the latest technological advancements, particularly in 5G.

Among the new smartphones already announced at press day, traditionally the day before MWC begins, are the new range of Nokia devices, which has seen the welcome return of the 3310, first released in 2000.

It isn’t just phones that the company is focusing on, though. Nokia president and chief executive Rajeev Suri has said that his company is coming to MWC with a “fully end-to-end portfolio to sell and with groundbreaking innovations to share”.
​
Nokia said that new products like 5G FIRST show its strength in innovation and its ability to deliver differentiated products that connect millions of users as well as interconnect billions of things to create what Nokia calls the 'global nervous system'.

According to Mr Suri, 5G FIRST is the industry's first commercial 5G product and is comprised of Nokia's AirScale radio access platform and will help customers prepare for 5G-ready architectures that cover core, software-defined networking, cloud and more.
​
Nokia also announced that it will collaborate with Intel on commercial deployments later in 2017 using the Intel 5G modem.

For its part, Intel has said that at MWC 2017, it will show how “5G will transform and improve all aspects of our daily lives such as in smart cities, connected homes, virtual reality and autonomous driving”. Intel said it is delivering new technologies and working with leaders in the industry on platforms now to realise the full promise of 5G.

Ericsson has also used MWC to say it will be furthering the advancement of 5G, with the company set to discuss innovations in network evolution towards 5G.

The company will also discuss a new business model between content owners and operators that it says will bring media to people more conveniently, as well as industry transformation in the transport sector.

Ericsson president and chief executive Börje Ekholm said: “At Mobile World Congress 2017, we are showing that our capabilities in 5G and those within media and transport industries, for example, are out front and market-leading.”

MWC 2017 will see a huge range of innovations and developments in connecting people and things. As the week goes on, expect a series of announcements involving new technology and devices to aid in the advancement of a connected world.