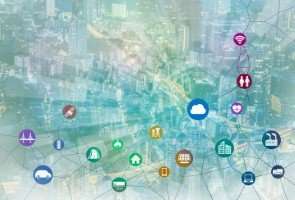 Four out of five people do not have confidence in the security of the internet-connected devices they use on a daily basis, new research shows.

The majority of people around the world do not have faith that their personal data will be well-secured when they are using the latest generation of connected devices, a new survey has found.

This is according to BlackBerry, which revealed around four out of five users (80 per cent) in the US, UK and Canada say they are not confident their privacy and security will be assured when they use new gadgets.

This could be significant as the number of internet-connected items in homes and offices grows. In addition to items such as smartphones and tablets, connected devices today now include everything from virtual assistants like Alexa to smart energy meters, TVs and cars.

However, the research also revealed that consumers would be prepared to pay a premium for connected devices that can offer them better guarantees about the safety of their personal data.

It found almost six out of ten respondents (58 per cent) would be happy to pay more for items such as such as smart speakers, home security products and wearables if they know their data and privacy is protected.

While the majority agreed that an increase of up to ten per cent would be acceptable, ten per cent of respondents would pay as much as 20 per cent more for this peace of mind.

Mark Wilson, chief marketing officer at BlackBerry, said this presents a great opportunity for device makers to differentiate themselves and increase their appeal to security-conscious consumers, which could in turn help the tech industry improve its performance in this area.

"Similar to the rise in demand for organic food and sustainable goods, we believe that educated consumers – many who have been victims of cyberattacks and uninvited use of personal data – will help drive the private and public sectors to align on a safety and security standard."

However, despite the fact many people are now more aware of the security risks they face, there is still a lack of understanding about how they can best protect themselves. For instance, 41 per cent of survey respondents in the UK admitted they did not know what security certifications to look for when purchasing an internet-connected device.

Almost a quarter of people (23 per cent) said they do not restrict the data they allow their device to access through features or apps, and 17 per cent admitted that they don't know how to restrict the data.