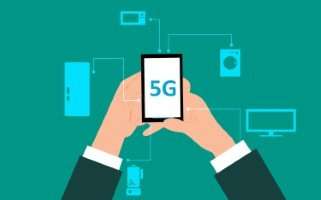 A new study by Barclays claims businesses could enjoy total revenue growth of more than £15 billion by embracing 5G technology.

The introduction of 5G mobile connectivity later this year is poised to provide a major boost to businesses up and down the UK, according to a new report that suggests it will have a multi-billion pound effect on the economy in the coming years.

Research conducted by Barclays Corporate Banking predicted this technology could provide a total increase to business revenue of anywhere between £8.3 billion, under the most pessimistic forecasts, up to £15.7 billion in a best-case scenario by 2025.

The firm's report, entitled 5G: A Transformative Technology, found that even under the most pessimistic outlooks, the technology could still help to create more than 100,000 jobs by 2030, with this rising to 170,900 for more optimistic forecasts.

Commenting on the figures, head of telecoms, media and technology at Barclays Sean Duffy said the rollout of 5G offers "a huge opportunity" for the UK, adding: "We’re seeing massive potential for business growth, which ultimately delivers a positive knock-on effect for the whole economy."

Barclays' study found the biggest benefit to come out of 5G connectivity will be increased business efficiency. Almost a third (31 per cent) of senior managers at medium and large firms cited this as an advantage of the technology.

This was followed by an increased ability to connect Internet of Things devices (27 per cent), easier communications with more customers (19 per cent) and reduced costs (18 per cent).

Perhaps unsurprisingly, London and the south-east will be the biggest beneficiaries of 5G technology, but the report also forecast growth in revenue of more than £1 billion for the north-west, south-west, east of England and Scotland, indicating that firms in all parts of the country stand to make gains.

However, the study also found there is still work to be done to demonstrate the benefits of the technology to business professionals. Less than two-thirds of managers (62 per cent) said they were familiar with what 5G was and what it could offer, while a third said they were not sure how it will work and 14 per cent didn’t even know what it was.