New phones galore from Samsung – what do you need to know? 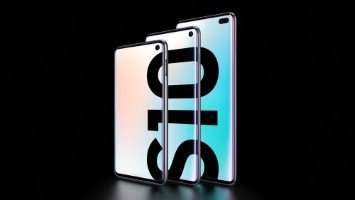 Samsung has shown off four new Galaxy S10 devices at its big unveiling in San Francisco.

This week's Samsung Unpacked event in San Francisco brought out the crowds, all eager to discover what the world's biggest smartphone maker has to offer for its premium handsets this year.

The Korean manufacturer certainly didn't disappoint, with no fewer than five new flagship devices on display. But while the Galaxy Fold may have stolen all the headlines, at a whopping $1,980 (£1,515), it's not what you'd call an economical option for the majority of users.

Indeed, while the Galaxy Fold may be the next must-have status symbol for the influencers and Instagrammers, for most people, it is the next iterations of the maker's Galaxy S line that are likely to be far more relevant, and on this front, it seems users are set to be spoiled for choice in the coming months.

In total, there are not one, but four new gadgets bearing the Galaxy S name, with three arriving in early March and the fourth – the company's first 5G phone – set for launch later in the year, once the actual connectivity technology needed to make the most of it is up and running. So what differentiates the new batch of handsets?

The base model, if you can call it that, is the Galaxy S10. The most direct successor to last year's S9, Samsung describes this as "designed for those who want a premium smartphone with powerful performance and sets the stage for the next generation of mobile experiences". It's set to cost from $899.99 for the entry-level specs, which include 8GB of RAM and 128GB of storage.

Next, there's the S10+ which, as the name suggests, is a beefed up version packing more of everything – a bigger display, more memory, a larger battery and up to 1TB of storage space. This will start at $999.99.

Thirdly, there is the S10e, the 'baby' of the group. With a 5.8-inch screen compared with the 6.1 inches of the S10 and the 6.4-inch S10+, Samsung says this phone is perfect for those who want the "premium essentials" in a more compact package and prices will start at $749.99.

Finally, there's the S10 5G. Set to arrive later than the rest, this is also the biggest device in the stable. With a massive 6.7-inch screen that puts it almost in tablet territory, superfast charging and, of course, 5G capabilities, it's designed for those who demand the best video streaming experience, wherever they are. There's no pricing information for this one yet, but expect it to be a fairly hefty figure, even though its RAM and memory fall below that of the top-end S10+.

Celebrating a decade of innovation

As you may have guessed from the names, the S10 lineup marks a decade of Samsung Galaxy devices, and the company is keen to highlight the innovations that have gone into every one of the four new options.

DJ Koh, president and chief executive of Samsung's IT and Mobile Communications Division, said: "Galaxy S10 builds on that incredible legacy, and delivers breakthrough display, camera and performance innovations. With four premium devices, each built [with] a unique consumer in mind, Samsung is leveraging a decade of industry leadership to usher in a new era of smartphone technology."

Among the new features of the latest generation is a Dynamic AMOLED display. Included across the entire range, this is said to be the world's first HDR10+-certified smartphone, delivering vivid digital content and dynamic tone mapping to offer a wider range of colours.

With the notch of the Galaxy S9 replaced by a smaller 'hole punch' containing a range of camera and sensor technology, and an in-display 3D fingerprint scanner at the other end, this also improves the amount of space available for the display.

Other new features of the S10 include Wireless PowerShare, which makes it possible to easily charge Qi-certified smartphones and compatible wearable devices direct from the handset, while new AI software automatically optimises battery, CPU, RAM and even device temperature based on how you use your phone.