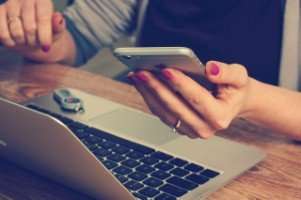 A new report suggests that 5G will have a key role to play in delivering more consistent mobile data speeds.

A new study examining mobile data performance around the world has revealed how the speeds offered by 4G fluctuate throughout the day due to congestion at peak times, and suggested the arrival of 5G could help bring an end to this problem.

The research, from OpenSignal, looked at 77 countries and found that on average, speeds at the fastest time of day reach 31.2Mbps, while at the slowest, this drops to 5.8Mbps.

In most countries, the fastest times are to be found in the early hours of the morning, perhaps unsurprisingly as there will be far fewer users awake to add to the strain of networks, while the slowest speeds were between 9pm and 11pm.

However, the UK was a notable exception to this trend, with the slowest speeds here being around 5pm, overlapping with the working day.

The report warned that this speed volatility throughout the day will be "untenable for future mobile applications", so new connectivity tools will be requires.

"To launch all the most demanding new applications, such as augmented reality or
autonomous driving, operators and app developers must be able to break free from today’s limitations where they are forced to create services and apps for the worst-case congestion conditions," it stated.

Therefore, it said 5G will be essential in addressing this issue, as it will be able to provide not only faster speeds, but the additional capacity that is needed to smooth out the fluctuations in performance that are seen today.

Speed variations were particularly common in cities, with London seeing the second-greatest range in Europe, behind only Paris. However, OpenSignal noted that the spectrum bands set to be used by 5G are ideally suited for use in urban environments.

"Most operator 5G trials have been taking place in major cities because operators know this is where they need to add capacity the most," the organisation said.

"Analysing where 4G speed variations are the greatest and networks are most congested, provides an excellent indicator of the locations where 5G should be deployed to provide the greatest benefit and an improved mobile network experience."