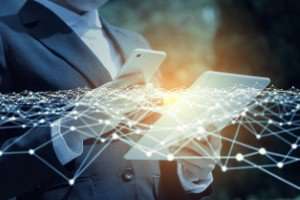 Successful trials have been carried out by Nokia and Qualcomm ahead of the launch of the new 5G NR network.

Successful testing has been completed by Nokia and Qualcomm Technologies surrounding the upcoming launch of the 5G New Radio (NR) network and devices.

Work has been carried out to ensure the interoperability and testing compliance between the new network and a range of 5G-ready devices, with the trials being carried out across the 3.5Ghz and 28Ghz spectrums.

Set to be significantly faster than its predecessors, 5G will theoretically offer download speeds of up to 10,000 Mps and the ability for users to operate more complex mobile apps. It will also offer improved connectivity coverage and is expected to herald a widespread shift in the industry standard.

While previous generations of digital data transfer – 3G and 4G – delivered significant improvements in transfer speeds, the implementation of 5G could now be viewed as truly groundbreaking for the telecommunications sector. It brings with it a focus not just on faster download speeds, but on enhancing the whole user experience.

The benefits of 5G will therefore be felt across the full spectrum of digital users, with faster internet access, lower latency to support the next generation of connected technologies and a widespread reduction in network energy usage.

Responding to the successful testing outcome, Nokia president of mobile networks Marc Rouanne said that the work is integral to the ongoing progress of 5G.

He argued that the positive result demonstrates the ability of network and smartphone developers to swiftly apply the latest 3GPP Release 15 specifications, which were set in December.

A range of international operators have therefore committed to supporting Nokia and Qualcomm in ongoing trials of the 5G NR network during the months ahead, including BT/EE, Deutsche Telekom, Elisa, KT, LGU+, NTT DOCOMO, Optus, SKT, Telia and Vodafone Group.

It is hoped that the successful rollout of new 5G NR infrastructure will begin in earnest across major markets in the US, China, Japan, South Korea and Europe next year.

Indeed, Cristiano Amon, president of Qualcomm, concluded: "The successful completion of an end-to-end interoperable connection based on the global 5G NR standard is a significant step on the path to launching 5G NR commercial networks and devices starting in 2019.

"We look forward to further collaboration on standard-compliant field trials with Nokia and global operators on the path to commercialisation."