OnePlus 5T expected to cost the same as the 5 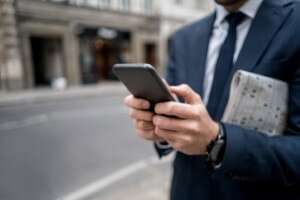 A number of leaks have revealed that the OnePlus 5T is expected to cost the same as the 5 and that it will not feature wireless charging.

The OnePlus 5T is likely going to cost the same as the previous version, the 5. This is according to a report by TechRadar, which claims to have seen documentation to this effect.

It is currently thought that the smartphone will see more than the processing power upgrade typically seen with ‘T’ versions – such as the OnePlus 3T. A number of leaks have suggested that the 5T will see a significant design change, expected to bring it in line with the bezel-free look favoured by manufacturers in 2017.

Set to be unveiled at an event in New York on November 16th, the 5T has already had several of its features confirmed by the company, including the price remaining the same, as well as its plans for charging.

The OnePlus 5T is not expected to have wireless charging. Discussing the matter on the company’s forum, OnePlus chief executive Pete Lau said that although wireless charging was “exciting”, the firm’s Dash Charge “is still the superior choice”.

He said that using Dash Charge can give a user a full day’s power in just half an hour, which is something that has set the company apart in an era of fast charging. Dash Charge is widely thought to be the fastest and most efficient smartphone charging process.

The new device’s specs will not be much of a departure from the 5, with the 5T set to feature a Snapdragon 835 processor and Adreno 540 Graphics Processing Unit, as well as either 6GB or 8GB of RAM and 64GB or 128GB of internal storage.

It will come with a dual 16MP rear camera, and a single front-facing one, exactly like the previous version.

Revealed on ZDNet.de, we now know the device will feature a 6.01-inch, 18:9 AMOLED display, shrinking the bezels to give the 5T a more contemporary look. This means the fingerprint scanner has been relocated to the back of the device, something that has become far more common in recent devices.

The ZDNet.de post also showed that the 5T will run Android 7.1.1, meaning it has not been upgraded to the latest version of the operating system, Oreo. However, it will come with Google Assistant.

OnePlus has chosen to keep the 3.5mm headphone jack in place, which has become one of the most debated topics in the smartphone industry.

As the company has styled its devices as ‘flagship killers’, the pricing has always been below that of major firms. However, the 5 saw an increase to the cost, at £449 and £499, depending on storage capacity.

With the 5T expected to cost the same, it remains to be seen how it will perform in an arena where Samsung is selling its Note 8 for £869 and Apple has become the first company to price a smartphone at £1,000.