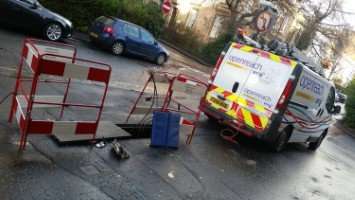 Openreach has unveiled plans to boost its delivery of full fibre broadband to 15 million premises by the mid-2020s, up from its previous goal of ten million.

Many businesses in the UK could get access to gigabit-capable fibre-to-the-premises (FTTP) broadband sooner than expected, as infrastructure firm Openreach announced plans to pick up the pace of its rollout.

Speaking as the firm's parent company BT Group announced its results for the year to March 2019, chief executive Philip Jansen said that, if conditions are right, the firm could reach a third more premises than originally planned by 2025.

"Our aim is to deliver the best converged network and be the leader in fixed ultrafast and mobile 5G networks," Mr Jansen stated. "We are increasingly confident in the environment for investment in the UK."

This could be a welcome shot in the arm for the rollout of FTTP broadband in the UK. This technology will be the future of connectivity for many businesses, enabling them to access speeds of up to 1Gbps – and potentially even higher in the future – as well as enjoy much greater reliability that current offerings.

There will be a long way to go in order to make this a reality, as currently, only around five per cent of premises are able to access this technology. However, with Openreach looking to speed up its programme, and a wide range of alternative providers both large and small also looking to introduce their own FTTP networks over the coming years, the pace of growth is expected to be high.

Indeed, continued rollouts of full fibre technology may already be having an impact, as new figures from Ofcom have also revealed that average broadband speeds in the UK have increased by almost a fifth over the last 12 months.

The figures, which focused on home broadband users, found the typical home download speed increased by 18 per cent in the last year to 54.2Mbps, with the regulator identifying greater full fibre availability as one factor in this.

Ofcom stated: "To help increase the availability of full fibre across the UK, we have introduced a package of measures to support investment in full fibre and make it quicker and easier for companies to build their networks."