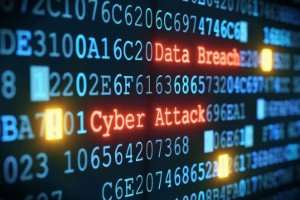 Retailers experienced more cyber attacks than companies in any other industry last year, according to new data.

The retail sector experienced more cyber attacks than any other industry last year, a new report has revealed.

According to Trustwave, retailers were on the end of 16.7 per cent of attacks recorded around the world in 2017.

The finance and insurance industry was also heavily targeted, accounting for 13.1 per cent of breaches. This was followed by hospitality, which was on the end of 11.9 per cent of attacks.

However, incidents that affected point-of-sale systems fell to 20 per cent of the total. This suggests that cyber criminals are moving away from smaller, high-volume targets and launching more sophisticated against against larger organisations and franchise head offices.

Indeed, figures showed that half of the incidents investigated involved corporate and internal networks, while nearly a third involved e-commerce environments.

Mr Kelley went on to state that security is not a technology issue, as the people within an organisation can also be a strong line of defence.

Indeed, he argued that if a firm is to keep up with "determined adversaries", it must have access to security experts who can "think and operate like an attacker while making best use of the technologies deployed".

Mr Kelley added that the threat intelligence for 2017 and previous years has "unequivocally exposed" cyber criminals and shown their attacks are becoming more methodical and organised.

Trustwave's data showed that 43 per cent of data breaches in 2017 occurred in North America, while 30 per cent took place in the Asia Pacific region.

Meanwhile, Europe, the Middle East and Africa saw 23 per cent of incidents, with a further four per cent being seen in Latin America.