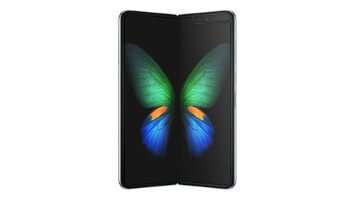 Initial reviewers have been impressed with how Samsung's folding phone offers a new way of using a phone, but several concerns about quality have emerged.

Samsung's first foldable smartphone, the Galaxy Fold is set to hit shelves next week, on April 26th and the firm hopes it will usher in a new category of devices for consumers to get excited about.

With a steep price tag starting at almost $2,000 (£1,536), the pressure is on for Samsung to prove that the device works well and will be a practical, economically-viable solution. Therefore, it sent review units to a range of leading tech publications for their experts to get hands-on experience ahead of the launch, and the first impressions are starting to come in.

How does the fold work?

Naturally, the biggest feature of the device is the folding screen – it's right there in the name – so this was the key area many of the commentators focused on. And one thing that several picked up on is that it's not exactly a seamless transition.

TechRadar, for instance, said that while the device feels pleasingly sturdy, there is a noticeable crease running down the length of the unfolded screen. Reviewer John McCann said: "It's not something that can be remedied or hidden, and you'll have to learn to live with it if you do opt to splash the cash on the Galaxy Fold."

The Verge's Dieter Bohn also picked up on this, although he said that while users can see and feel the crease, he argued that is was not overly noticeable and "perhaps worth the trade-off of having a big screen that you can fold up".

Elsewhere, CNet's Jessica Dolcourt said that when closed, making calls on the phone is comfortable and makes sense, but using apps on the compact front screen is more of a challenge, as the 4.6-inch screen is smaller than many people have become used to.

A cool new form factor – but is it worth the money?

Most tech journalists who got to try out the device were in agreement that the folding form factor is an undeniably cool feature. TechRadar, for instance, was one of several publications to note the satisfying, solid way the phone opens and closes, while CNet said it is a phone that requires users to rethink how they physically interact with the device.

Trusted Reviews' Max Parker agreed that the device feels well-built and has done an impressive job at demonstrating what the technology can do. He said: "While I don’t think it does everything right, it has certainly got me excited about the uses foldable phones can offer – even if this does feel like a true first-gen product."

Of course, the elephant in the room with the Galaxy Fold is its eye-watering price tag, and the general consensus is that the handset doesn't quite justify it. Wired's Lauren Goode, for example, said she was "sure" that she wouldn't spend $1,980 on the device, a view that was shared by several reviewers.

While many reviewers' first thoughts were generally positive, for some experts, the longer they spent with the device, the more problems started to emerge. Several journalists reported damage to the displays emerging after just a few days' use that threw into question the original positive impressions about the build quality.

The Verge's device, for instance, picked up a bulge in the screen after just a couple of days, which Mr Bohn suggested was either debris or the hinge of the device pressing up into the screen. But whatever it was, it eventually pressed hard enough into the screen to crack it.

This was far from the only issue, with Bloomberg's Mark Gurman tweeting that the screen on his review unit "is completely broken and unusable just two days in", while CNBC’s Steve Kovach also posted a video showed a badly damaged and flickering screen.

The BBC reported that Samsung has acknowledged a few issues and would be thoroughly inspecting the displays to identify any issues. But with the reviewers insisting that there was no rough handling of the devices, it will surely be a huge concern for Samsung if its newest flagship – and highly expensive – device turns out to be as fragile as some have found it.

While teething troubles are always to be expected with first-generation devices in any category, and the firm will certainly work hard to fix any issues, could it make people wary about laying down so much cash for an unproven technology?

Ultimately, the Galaxy Fold may be more about its potential than a totally finished article, though for a first effort, it does many things better than expected. The Verge's Dieter Bohn summed it up – before his issues with the display emerged – as: "It's a totally working folding phone. That's amazing. Whatever cynicism you want to feel about its issues, you can't be cynical when you open it up for the first time."