Samsung Galaxy S9: everything we know so far 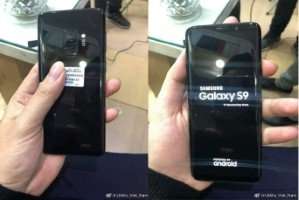 With speculation about the Samsung Galaxy S9 rife, a number of leaks prior to its unveiling at MWC 2018 have revealed many of the new flagship's details.

Speculation around Samsung’s latest flagship phone, the Galaxy S9 has been rife, with many tech experts making predictions on what kind of features and innovations it could bring.

However, in a rather spectacular mistake by the company, more than 20 hands-on images of what seems to be the device have been leaked via an app released by Samsung themselves.

This comes just days before the smartphone was due to be unveiled at the annual Mobile World Congress in Barcelona.

Many other details have surfaced in recent weeks, and at this rate, there might not be any news left to announce during the actual reveal on Sunday February 25th.

According to Korean business news site The Investor, the Samsung Galaxy S9 will be available to buy from March 16th. However, other sources have claimed pre-orders will be open from March 9th.

A hands-on video on Weibo – the Chinese equivalent of Twitter – gives an idea of the phone’s size and suggests that it’ll have roughly the same dimensions as its S8 predecessor.

The video shows a black model with one rear camera, but the larger S9 Plus should feature a dual camera setup. The fingerprint sensor has been shifted from next to the rear camera to sit below it.

TechRadar reports the standard S9 will be priced at £739, after predicting a £789 price tag previously. Either way, this is considerably cheaper than the jaw-dropping £999 Apple was asking for its iPhone X at launch, but more expensive than the £689 S8 currently on sale.

The larger Galaxy S9+ will come with a 6.2-inch Super AMOLED 18:5.8 display, but resolution will remain the same as the standard S9. This sharper display will be paired with more impressive footage, with the device capable of shooting 1,000 frames per second and creating super slo-mo videos.

Faster processors have already been confirmed, with the Exynos 9 Series 9810 almost certain to feature in the Galaxy S9. This will be switched for the new Qualcomm Snapdragon 845 – which is 25 per cent faster than the S8’s processor – in certain regions.