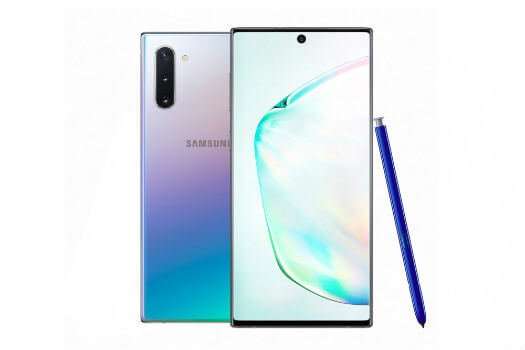 Samsung has introduced its new Note 10 and Note 10+ premium smartphones.

Korean smartphone maker Samsung has officially unveiled the next iterations of its high-end, business-focused smartphones, the Note 10 and Note 10+, which will be available later this month.

As the largest and most powerful devices the company offers, the gadgets are designed for those who want to be able to do everything they would do on a laptop, wherever they are. They feature large displays with an S Pen stylus for easier input, top-of-the-line processors and large batteries.

DJ Koh, president and chief executive of Samsung’s IT and Mobile Communications Division, said the Note series has always stood for the “best-of-the-best technologies and features”, and the new offerings are no exception.

“Every element of the Galaxy Note 10 was designed to help users achieve more,” he continued. “Whether they’re finishing a big project for work, capturing and editing a video, or playing their favourite mobile game, the Galaxy Note 10 will help them do it faster and better.”

For the first time, the new Note is being offered in a choice of sizes, similar to those on the Galaxy S series. The standard Note 10 comes with a 6.3-inch Cinematic Infinity Display, which Samsung says makes it the most compact Note ever.

Meanwhile, its bigger brother packs a 6.8-inch display that rivals many tablets, with both devices offering an edge-to-edge, almost bezel-less display with just a small, centralised cutout for the front-facing camera. Both the Note 10 and the Note 10+ will also be available with or without 5G capability.

Other features include a revamped S Pen to make interacting with this large screen as easy as possible. This includes powerful handwriting-to-text features and Air actions, allowing users to control certain aspects of the device using gestures with the stylus.