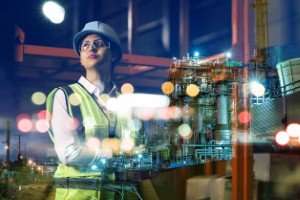 Challenges to the implementation of IoT are slowing down the process, but not diminishing the appetite for it.

The Internet of Things (IoT) is among the most interesting recent tech developments, with companies continuing to implement its technologies.

Large-scale deployments are more tentative, however, as security challenges and barriers to rollout mean the process is taking longer than expected.

Firms have been found to be both launching new IoT projects and expanding on existing ones, with 60 per cent initiated this year compared to 40 per cent in 2016.

Interest in the technologies is definitely on the rise, as well as the number and availability of solutions to put them into practice.

That is according to a poll carried out by Bain & Co, which took the opinions of more than 600 IoT decision-makers into consideration.

Many experts are having to revise their timelines, however, as 15 per cent fewer respondents believe they’ll be in proof-of-concept by 2020 than they did in 2016.

The biggest challenges to overcome are seen as: security, IT integration and an uncertain return on investment (ROI).

Anne Bosche, co-author of the report and a partner at Bain, said that she still believed the market will be very large, but that the comparatively tempered expectations were “much more realistic and grounded” in the Wall Street Journal.

In a general sense, IoT refers to the movement towards connecting seemingly everyday devices, such as fridges and lifts, to the internet, but in a business setting, this can be expanded to workspaces and factories.

The aim in doing so is to be able to analyse data and use it to boost efficiency or create new lines of revenue.

Ms Bosche addressed some of the barriers that have been raised. She said: “Most of the challenge is the data streams coming off of those machines, trying to get it consolidated into one place.”

She added: “Return on investment is more challenging if the investment required up front is to piece together everything new.”