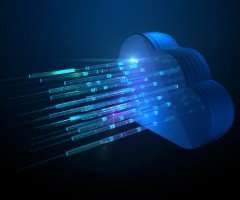 Research by IDC claims many businesses are shifting workloads away from public cloud services in favour of private and on-premises solutions.

More businesses may be looking to adopt private cloud options or keep highly-sensitive data and applications on-premises due to rising concerns about the security of public cloud offerings, new research has revealed.

A study conducted by IDC found that four out of five decision-makers have migrated applications or data that were previously held on public clouds back in-house, or to a private cloud solution, in the last year.

What's more, respondents said they plan to move 50 percent of their public cloud installed applications to either a private cloud or non-cloud environment over the next two years, CRN reports.

The number one reason for this move is security concerns, as more businesses rethink their assumptions that information held on public clouds will be highly protected. Other reasons for turning to private or on-premises tools included higher performance, lower costs and greater control.

Craig Manahan, practice manager of data centre infrastructure for Cincinnati-based RoundTower Technologies, told CRN that many organisations are now getting smarter about which applications are appropriate for the public cloud and which are not, after previously "jumping into public cloud with two feet" before they have fully assessed the services.

"If you can refactor an application to take advantage of what the public cloud provides, it's a great use case," he said. "But if you don't take the time to do that and you go into public cloud, it can become very expensive, very quickly … We definitely are seeing some movement back to on-premise."

Earlier this year, Michael Dell, co-founder and CEO of Dell, also told CRN there is an increasing recognition that public cloud may not always provide the best, most cost-effective solution, particularly when it comes to dealing with more automated, software-defined workloads.

He said that while these services can provide a very attractive options for developers, the benefits are "not unique" to the public cloud, so it will be up to businesses to determine what the most effective deployment options for their circumstances is.